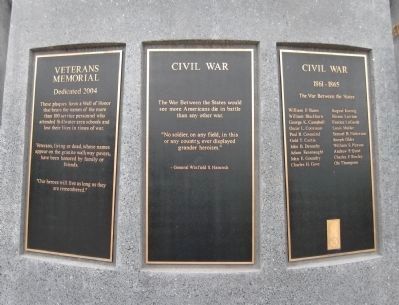 These plaques form a Wall of Honor that bears the names of the more than 100 service personnel who attended Stillwater area schools and lost their lives in times of war.

Veterans, living or dead, whose names appear on the granite walkway pavers, have been honored by family of friends.

"Our heroes will live as long as they are remembered."

The War Between the States would see more Americans die in battle than any other war.

"No soldier, on any field, in this or any country, ever displayed grander heroism."
- General Winfield S. Hancock 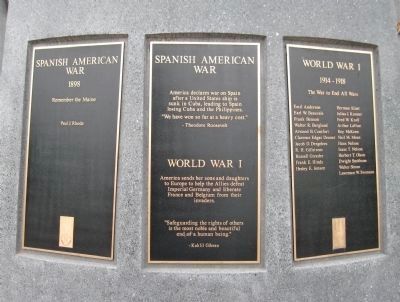 America declares war on Spain after a United States ship is sunk in Cuba, leading to Spain losing Cuba and the Philippines.

"We have won so far at a heavy cost."
- Theodore Roosevelt

America sends her sons and daughters to Europe to help the Allies defeat Imperial Germany and liberate France and Belgium from their invaders.

"Safeguarding the rights of others is the most noble and beautiful end of a human being."
- Kahlil Gibran 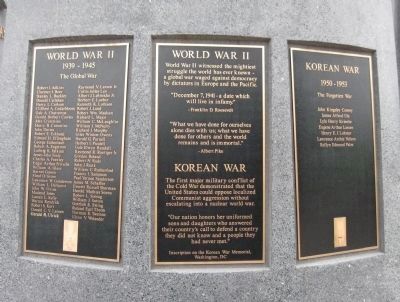 World War II witnessed the mightiest struggle the world has ever known - a global war waged against democracy by dictators in Europe and the Pacific. 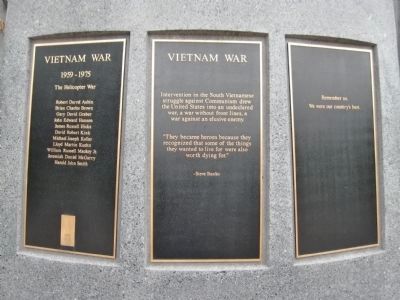 The first major military conflict of the Cold War demonstrated that the United States could oppose localized Communist aggression without escalating into a nuclear world war.

"Our nation honors her uniformed sons and daughters who answered their country's call to defend a country they did not know and a people they had never met."

Intervention in the South Vietnamese struggle against Communism drew the United States into an undeclared war, a war without front lines, a war against an elusive enemy. 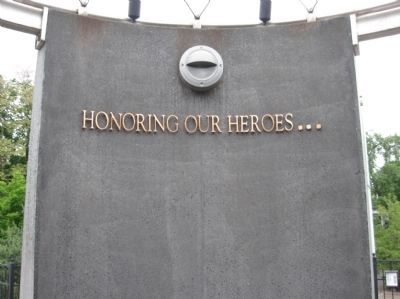 By K. Linzmeier, June 11, 2011
5. Veterans Memorial Interior
became heroes because they recognized that some of the things they wanted to live for were also worth dying for."
- Steve Banko

Remember us.
We were our country's best.

Honoring Our Heroes...
Then, Now, and Forever

Topics and series. This memorial is listed in this topic list: Military. In addition, it is included in the Former U.S. Presidents: #26 Theodore Roosevelt series list.

Location. 45° 3.156′ N, 92° 48.472′ W. Marker is in Stillwater, Minnesota, in Washington County. Memorial can be reached from Pine Street West west of Third Street South (County Highway 23), on the right when traveling west. Touch for map. Marker is in this post office area: Stillwater MN 55082, United States of America. Touch for directions. 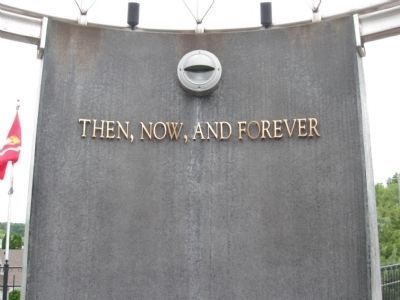 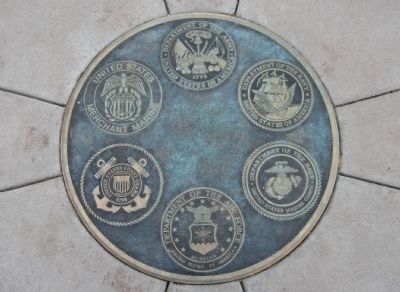 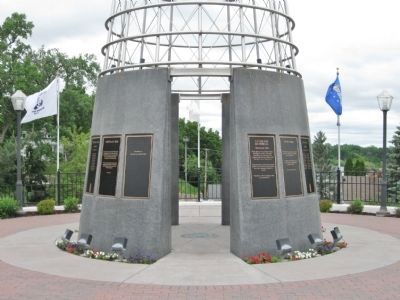 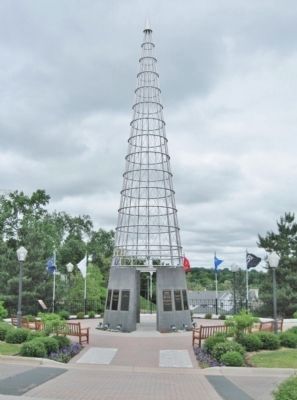 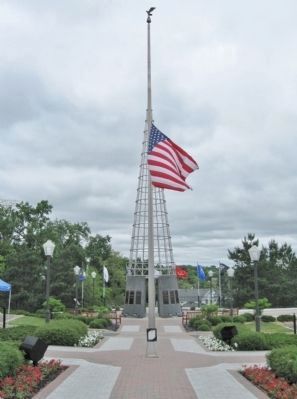 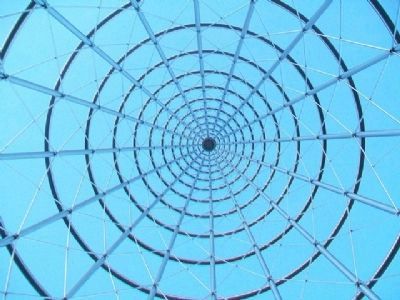 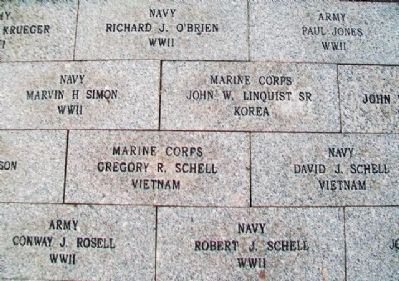 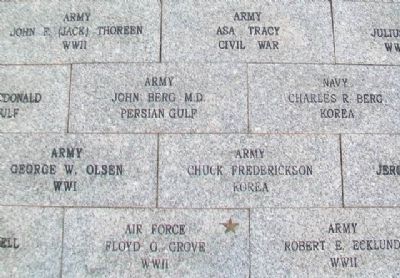