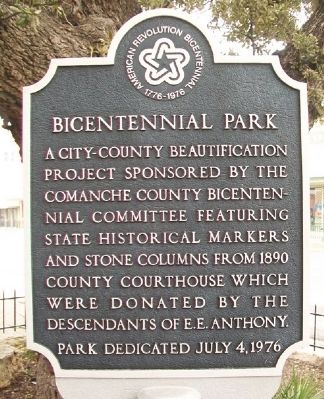 A City-County Beautification Project sponsored by the Comanche County Bicentennial Committee featuring state historical markers and stone columns from 1890 county courthouse which were donated by the descendants of E.E. Anthony.

Topics and series. This historical marker is listed in this topic list: Charity & Public Work. In addition, it is included in the The Spirit of ’76, America’s Bicentennial Celebration series list. A significant historical date for this entry is July 4, 1874.

Location. 31° 53.852′ N, 98° 36.289′ W. Marker is in Comanche, Texas, in Comanche County. Marker is on Central Avenue (U.S. 67/377) near Houston Street, on the right when traveling west. Marker is next to the Fleming Oak at the southwest corner of the courthouse square. Touch for map. Marker is at or near this postal address: 101 West Central Avenue, Comanche TX 76442, United States of America. Touch for directions. 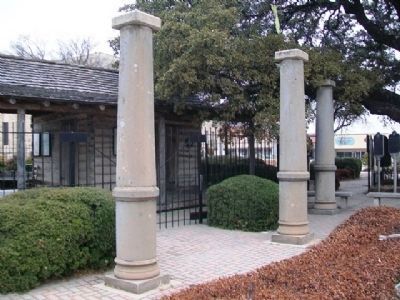 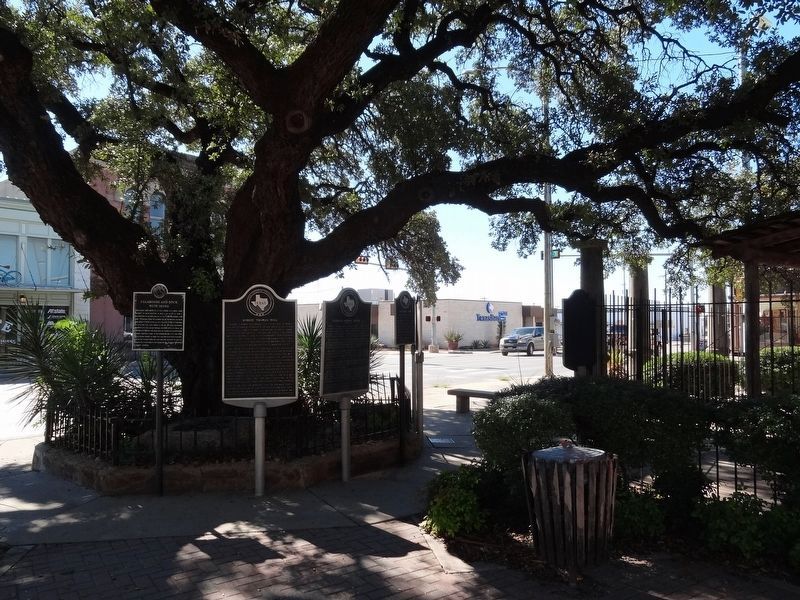 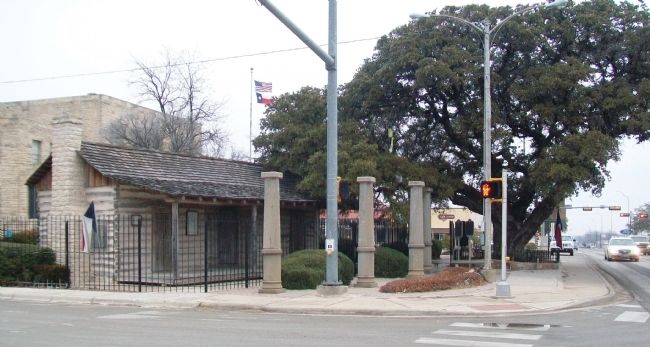