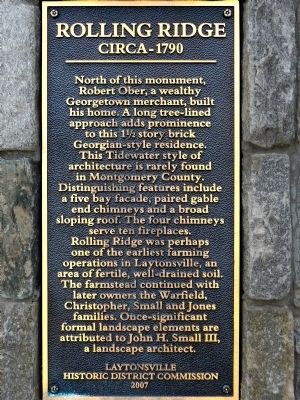 Location. 39° 12.711′ N, 77° 8.826′ W. Marker is in Laytonsville, Maryland, in Montgomery County. Marker is at the intersection of Brink Road and Rolling Ridge Lane, on the right when traveling west 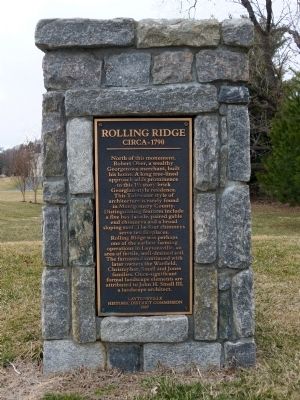 Click or scan to see
this page online
on Brink Road. Touch for map. Marker is at or near this postal address: 7215 Brink Road, Gaithersburg MD 20882, United States of America. Touch for directions.

Regarding Rolling Ridge. A Civil War Anecdote:
Roger Brooke Farquhar in Historic Montgomery County, Maryland, 1952, tells this story about the Warfield family who lived here during the Civil War:

"An interesting incident involves Elisha G. Warfield, the only one living of this large family to tell the tale, which he heard from the lips of his own mother. A large detachment of Union soldiers was encamped on the farm not far from the house. Elisha was in his crib on the front porch. He was seven months old at the time. His mother was sitting nearby . It was about ten a.m. An officer walked up to the porch, picked up the baby without a word, and quietly walked away with the infant. The mother was apparently too terrified to protest. About 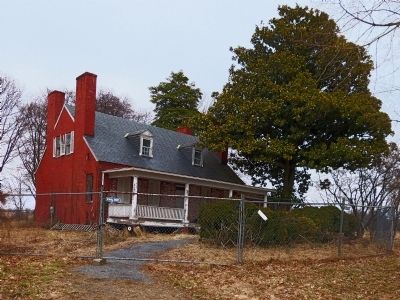 Photographed By Allen C. Browne, March 23, 2014
3. Rolling Ridge
noon the officer brought Elisha back, put him in the crib, and explained to the mother, 'The boys have been away for so long they are pretty homesick, and a visit from that little babe made them a bit happier.' Elisha's father never learned the name of the kind officer who borrowed his small son to give a lift to the morale of the troops. " 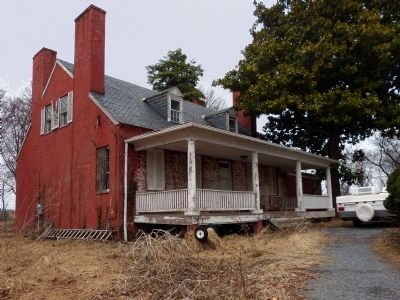 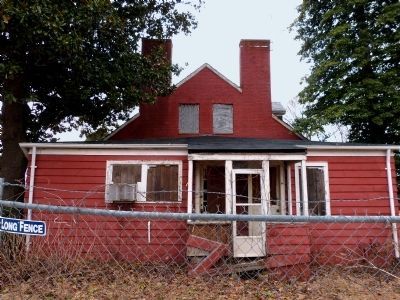 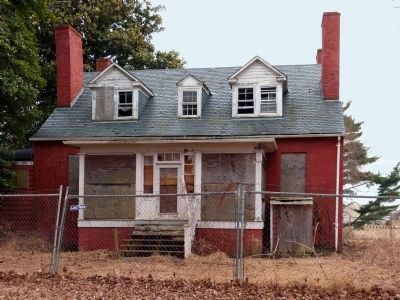 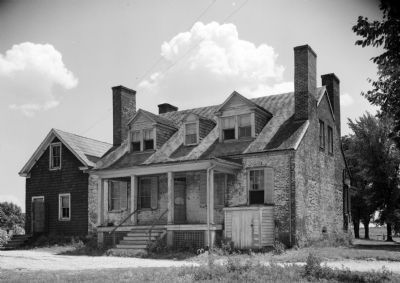