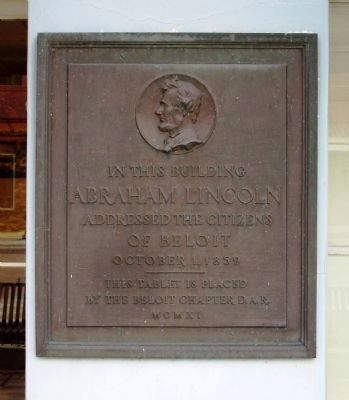 In this building Abraham Lincoln addressed the citizens of Beloit October 1, 1859 This tablet is placed by the Beloit Chapter D.A.R. MCMXI

Location. 42° 29.933′ N, 89° 2.141′ W. Marker is in Beloit, Wisconsin, in Rock County. Marker is at the intersection of State Street and Broad Street, on the right when traveling north on State Street. Touch for map. Marker is at or near this postal address: 305 State Street, Beloit WI 53511, United States of America. Touch for directions. 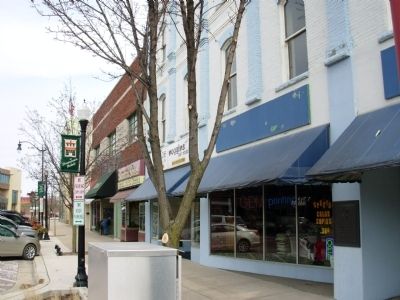 By Paul Fehrenbach, March 26, 2014
2. Abraham Lincoln Marker
looking north along State Street, marker is to the right of the photo.
away); Wisconsin's First Aviator (approx. 2.8 miles away); Route of Abraham Lincoln (approx. 6.6 miles away). Touch for a list and map of all markers in Beloit.