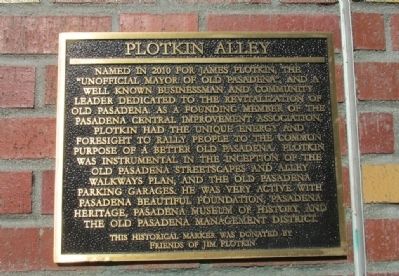 Photographed By Denise Boose, January 4, 2014
1. Plotkin Alley Marker
Inscription.
Plotkin Alley. . Named in 2010 for James Plotkin, the "Unoffical Mayor of Old Pasadena", and a well known businessman and community leader dedicated to the revitalization of Old Pasadena. As a founding member of the Pasadena Central Improvement Association, Plotkin had the unique energy and foresight to rally people to the common purpose of a better Old Pasadena. Plotkin was instrumental in the inception of the Old Pasadena Streetscapes and alley walkways plan, and the Old Pasadena parking garages. He was very active with Pasadena Beautiful Foundation, Pasadena Heritage, Pasadena Museum of History, and the Old Pasadena Management District. . This historical marker was erected by Friends of Jim Plotkin. It is in Pasadena in Los Angeles County California

Erected by Friends of Jim Plotkin.

Topics. This historical marker is listed in this topic list: Notable Places. A significant historical year for this entry is 2010. 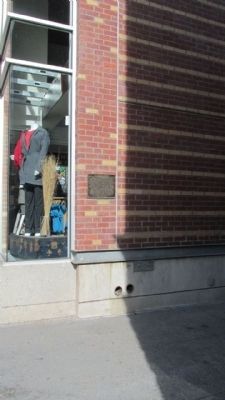 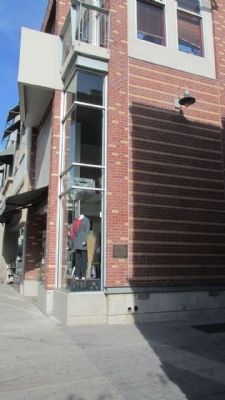 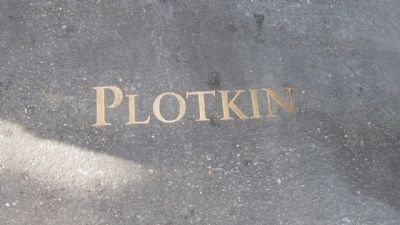 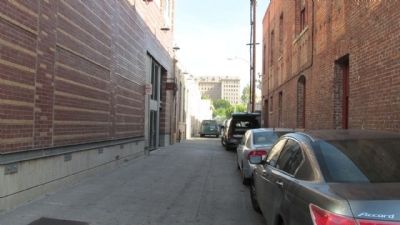 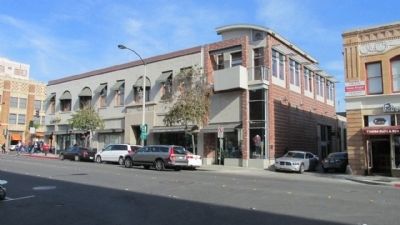