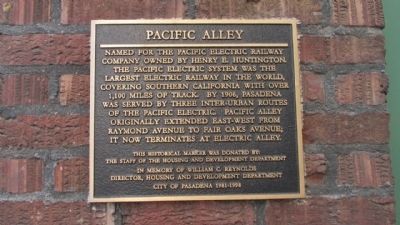 Photographed By Denise Boose, January 4, 2014
1. Pacific Alley Marker
Inscription.
Pacific Alley. . Named for the Pacific Electric Railway Company owned by Henry E. Huntington. The Pacific Electric System was the largest Electric Railway in the world, covering southern California with over 1,100 miles of track. By 1906, Pasadena was served by three interurban routes of the Pacific Electric. Pacific Alley originally extended East-West from Raymond Avenue to Fair Oaks Avenue. In Memory of William C. Reynolds Director, Housing and Development Department City of Pasadena 1981-1998 . This historical marker was erected by The Staff of the Housing and Development Department. It is in Pasadena in Los Angeles County California

Erected by The Staff of the Housing and Development Department.

Topics. This historical marker is listed in this topic list: Notable Places. A significant historical year for this entry is 1906. 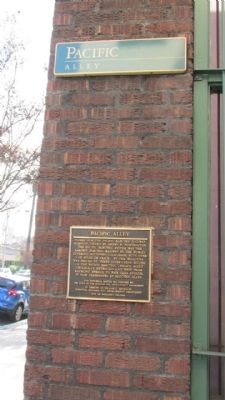 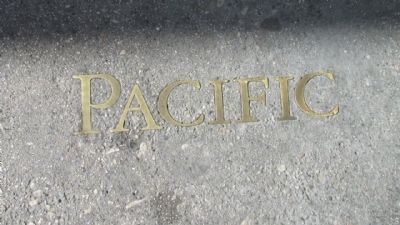 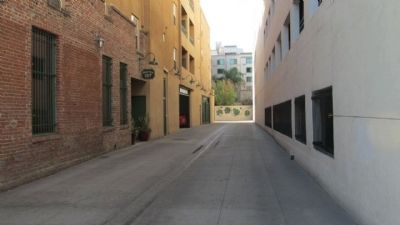