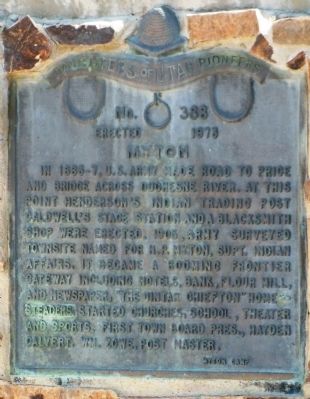 Topics and series. This historical marker is listed in this topic list: Settlements & Settlers. In addition, it is included in the Daughters of Utah Pioneers series list. A significant historical year for this entry is 1905. 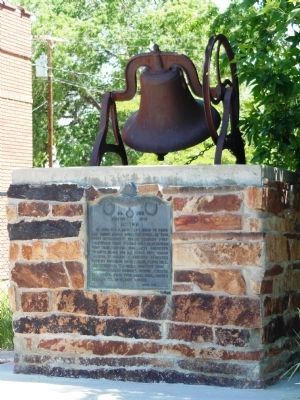 Click or scan to see
this page online
in a tiny courtyard on the west side of the building. Touch for map. Marker is in this post office area: Myton UT 84052, United States of America. Touch for directions.

More about this marker. The marker is embedded into the front of a waist-high stone pedestal. 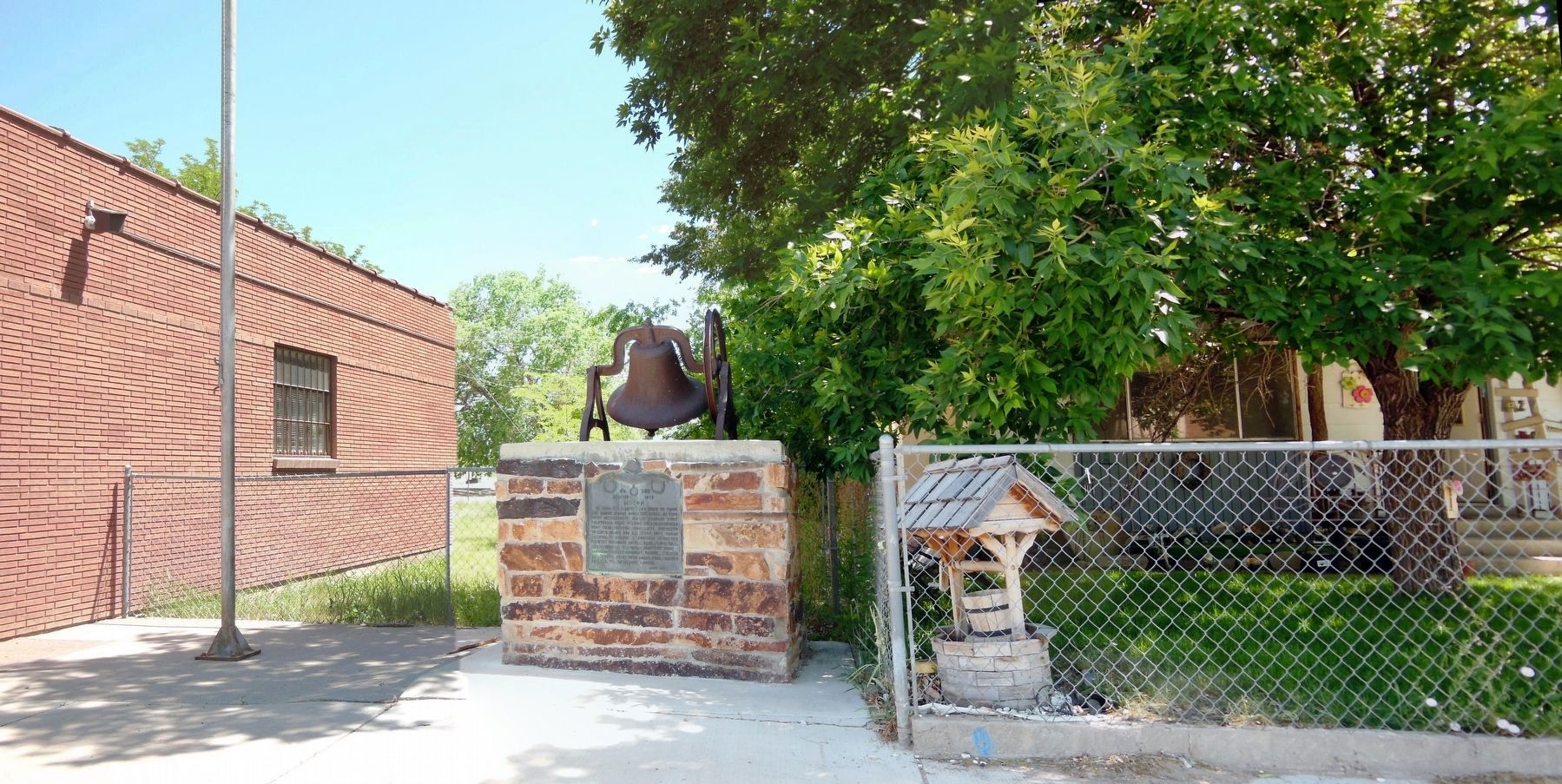