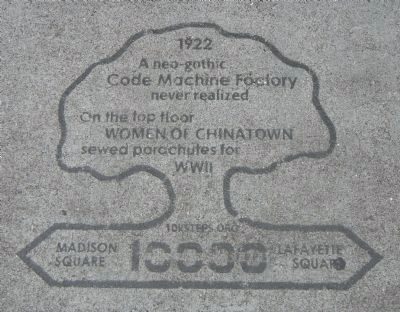 On the top floor
Women of Chinatown
sewed parachutes for
WWII

Topics. This historical marker is listed in these topic lists: Asian Americans • Industry & Commerce • War, World II. A significant historical year for this entry is 1922.

Location. 37° 47.975′ N, 122° 16.2′ W. Marker is in Oakland, California, in Alameda County. Marker is at the intersection of 9th Street and Harrison Street, on the left when traveling west on 9th Street. Touch for map. Marker is at or near this postal address: 301 9th Street, Oakland CA 94607, United States of America. Touch for directions. 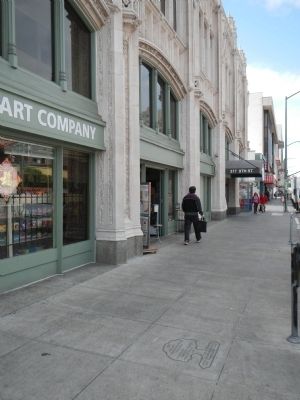 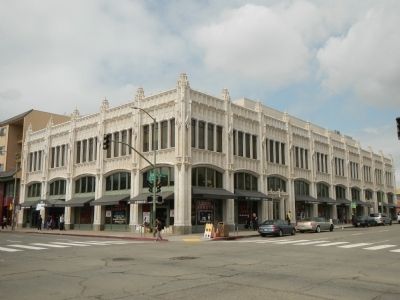