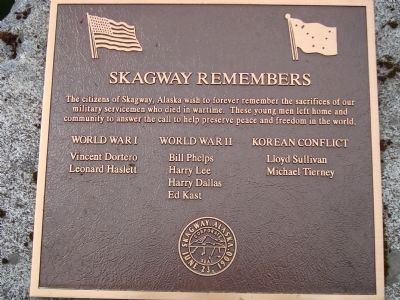 The citizens of Skagway, Alaska wish to forever remember the sacrifices of our military servicemen who died in wartime. These young men left home and community to answer the call to help preserve peace and freedom in the world.

Erected by The Town of Skagway.

More about this marker. Marker is located on the grounds of the Skagway City Hall and Museum.