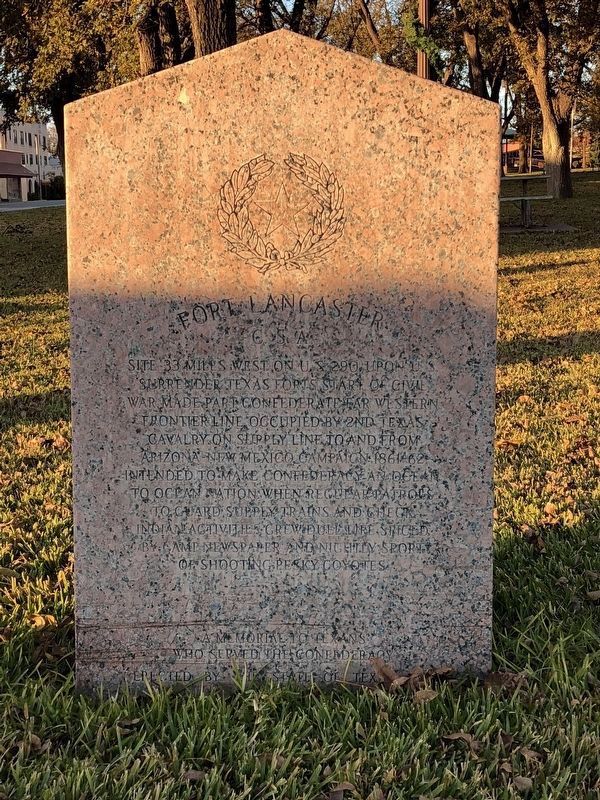 A memorial to Texans who served the Confederacy . This historical marker was erected in 1963 by The State of Texas. It is in Ozona in Crockett County Texas

A memorial to Texans who served the Confederacy

Topics. This historical marker is listed in these topic lists: Forts or Castles • War, US Civil. 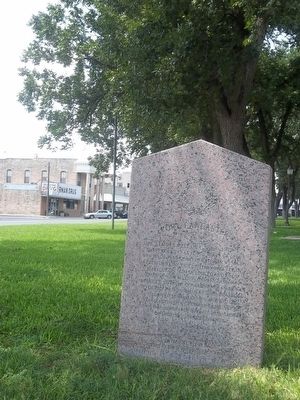 By Zacharias Beau T, July 21, 2011
2. Fort Lancaster C.S.A. Memorial/Marker
The nearby Pecos and Rio Grande Rivers were the lifeblood of this pre-Civil War frontier post. These waters made it a necessary stop for the dusty and parched columns of the Texas Confederate San Antonio column marching west in 1862.
William Mozart McVey (a few steps from this marker); David Crockett (a few steps from this marker); Crockett County (within shouting distance of this marker); The Ozona Stockman (within shouting distance of this marker); Crockett County Courthouse (about 300 feet away, measured in a direct line); Ozona National Bank (about 300 feet away); The Perner House (about 400 feet away); Ozona's First Water Well (about 400 feet away). Touch for a list and map of all markers in Ozona. 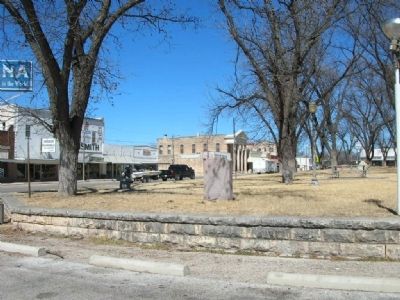