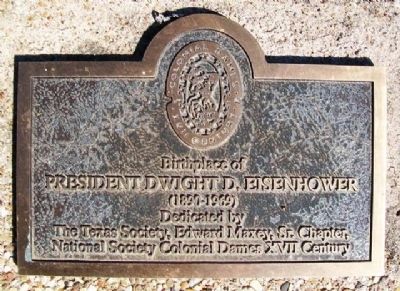 Topics and series. This historical marker is listed in these topic lists: Patriots & Patriotism • War, Cold • War, World I • War, World II. In addition, it is included in the Former U.S. Presidents: #34 Dwight D. Eisenhower, and the The Colonial Dames XVII Century, National Society series lists. 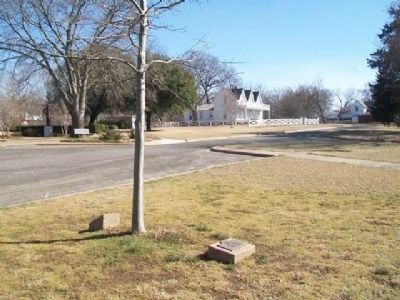 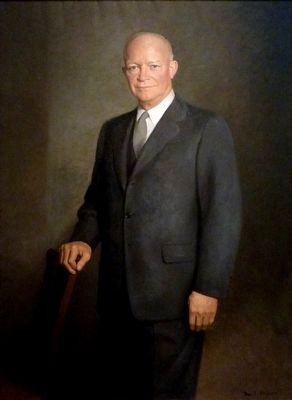 “In American politics, a successful military career has often led to the presidency, and so it proved with Dwight D. Eisenhower, who gained fame during World War II as supreme commander in Europe. Eisenhower was courted by both political parties, and he became the Republican nominee in 1952, chosen over the more conservative Robert Taft. Eisenhower defeated Illinois governor Adlai Stevenson in a campaign that attacked the Democrat's foreign policy savvy and toughness. With Eisenhower's personal appeal — the slogan was ‘I Like Ike’ — and military background, the Republican ticket was elected and then reelected in 1956. In office, Eisenhower ended the Korean War, maintained an uneasy balance with the Soviet bloc, and domestically presided over a period of general prosperity. A moderate conservative, he was cautious on issues of civil liberties and civil rights but left office warning of the growth of a ‘military industrial complex’ that threatened both government and American values. Once criticized as too passive a president, Eisenhower now draws widespread praise for his quiet, effective leadership during the 1950s.” — National Portrait Gallery
Credits. This page was last revised on August 27, 2020. It was originally submitted on April 6, 2014, by William Fischer, Jr. of Scranton, Pennsylvania. This page has been viewed 419 times since then and 18 times this year. Photos:   1, 2. submitted on April 6, 2014, by William Fischer, Jr. of Scranton, Pennsylvania.   3. submitted on August 22, 2015, by Allen C. Browne of Silver Spring, Maryland.
Share this page.