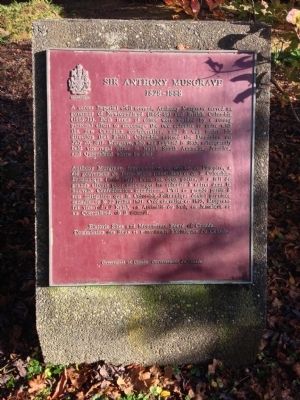 A career Imperial civil servant, Anthony Musgrave served as governor of Newfoundland (1864 - 69) and British Columbia (1869 - 71). Both terms of office were marked by a strong personal effort to encourage the two colonies to unite with the new Canadian confederation, and it was under his direction that British Columbia entered the Dominion on July 20, 1871, Musgrave was knighted in 1875, subsequently held vice-regal office in Natal, South Australia, Jamaica and Queensland where he died.

Topics and series. This historical marker is 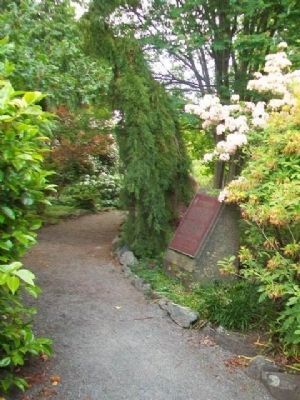 Click or scan to see
this page online
listed in this topic list: Government & Politics. In addition, it is included in the Canada, Historic Sites and Monuments Board series list. A significant historical month for this entry is July 1913.