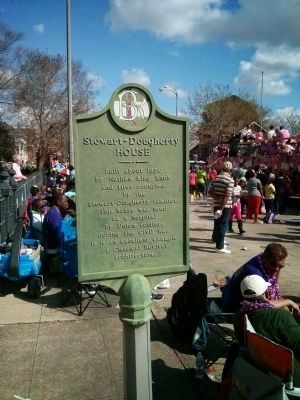 Built about 1850 by Nathan King Knox and first occupied by the Stewart-Dougherty families, this house was used as a hospital by Union soldiers during the Civil War. It is an excellent example of Classical Revival architecture.

Topics. This historical marker is listed in this topic list: War, US Civil. A significant historical year for this entry is 1850. 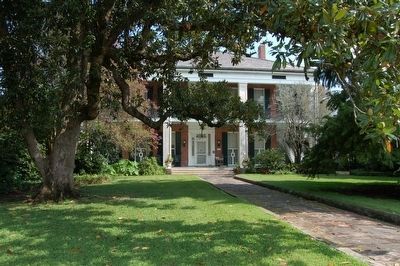 More about this marker. The marker is located in an area called Spanish Town and is on the route of the annual Spanish Town Mardi Gras parade.