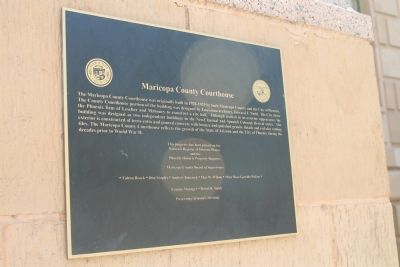 The Maricopa County Courthouse was originally built in 1928-1929 by both Maricopa County and the City of Phoenix. The County Courthouse portion of the building was designed by a Louisiana architect. Edward F. Neild. The City chose the Phoenix firm of Lescher and Mahoney to construct a city hall. Although unified in its earlier appearance, the building was designed as two independent buildings in the Neo-Classical and Spanish Colonial Revival styles. The exterior is constructed of terra cotta and poured concrete with bronze and polished granite details and red clay roofing tiles. The Maricopa County Courthouse reflects the growth of the State of Arizona and the City of Phoenix during the decades prior to World War II.

This property has been placed on the
National Register of Historic Places
and the
Phoenix Historic Property Register. 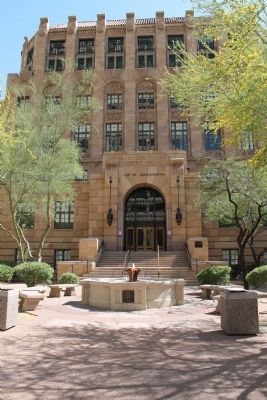 Regarding Maricopa County Courthouse. This is now known as the "Old Courthouse". The City Hall is no longer in this building. 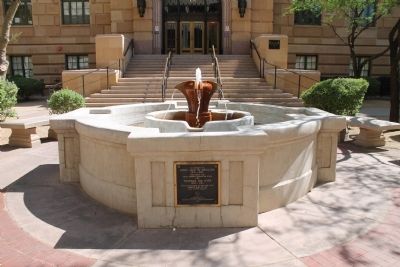 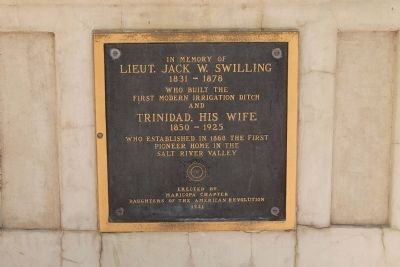 By Wyndfire, April 13, 2014
4. Courthouse Plaza Fountain Marker #1
In Memory Of Lieut. Jack W. Swilling, 1831-1878, who built the first modern irrigation ditch and Trinidad, his wife, 1850-1925, who established in 1868 the first pioneer home in the Salt River Valley Erected by Maricopa Chapter Daughters of the American Revolution 1931 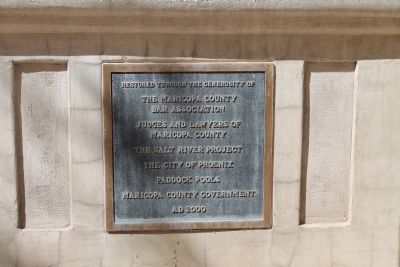