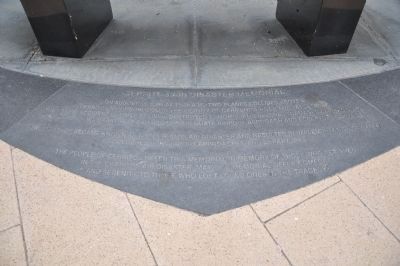 On August 31, 1986 at 11:56 A.M., two planes collided above a Cerritos neighborhood in the vicinity of Carmenita Road and 183rd Street. The tragic accident claimed 82 lives, destroyed 11 homes and severely damaged seven others. The collision was partially caused by inadequate airport approach and departure controls.

This tragedy became known as the Cerritos Air Disaster and resulted in implementation of safer procedures for airport approaches and departures.

The people of Cerritos offer this memorial in memory of those who perished in the Cerritos Air Disaster. May this memorial offer comfort and serenity to those who lost loved ones in the tragedy.

Left Panel:
In loving memory of our Cerritos famillies and friends who perished in the Cerritos Air Disaster August 31, 1986

Right Panel:
In memory of those who perished 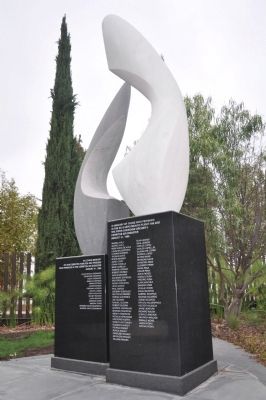 Topics. This historical marker and memorial is listed in these topic lists: Air & Space • Disasters. A significant historical year for this entry is 1986. 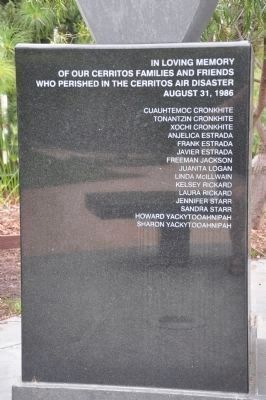 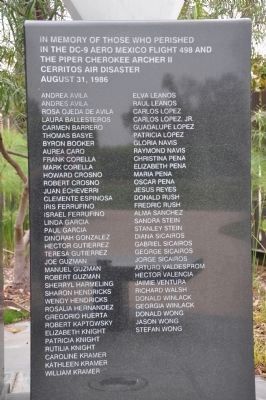 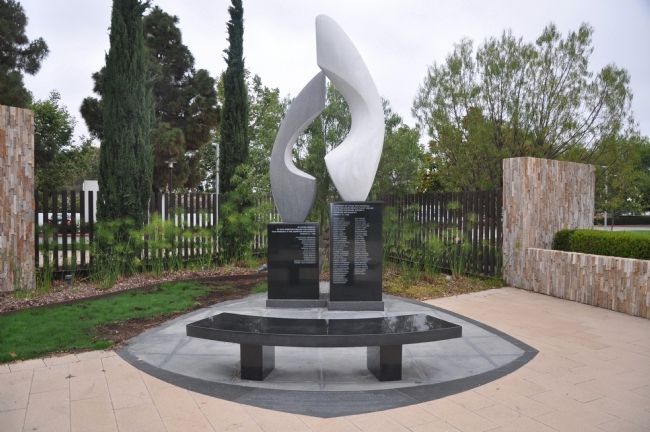