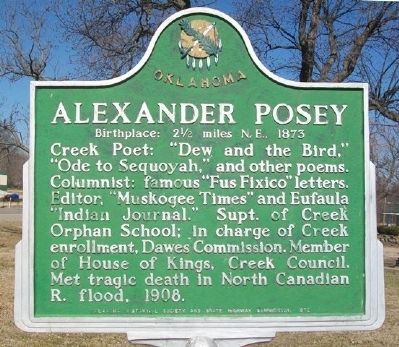 Topics and series. This historical marker is listed in these topic lists: Arts, Letters, Music • Communications • Native Americans. In addition, it is included in the Oklahoma Historical Society series list. A significant historical year for this entry is 1873.

Location. 35° 17.309′ N, 95° 35.104′ W. Marker is in Eufaula, Oklahoma, in McIntosh County. Marker is at the intersection of Selmon Road (State Highway 9) and 2nd Street, on the right when traveling west on Selmon Road. Marker is near the SE corner of Posey Park. Touch for map. Marker is in this post office area: Eufaula OK 74432, United States of America. Touch for directions.

Other nearby markers. At least 8 other markers are within 13 miles of this marker 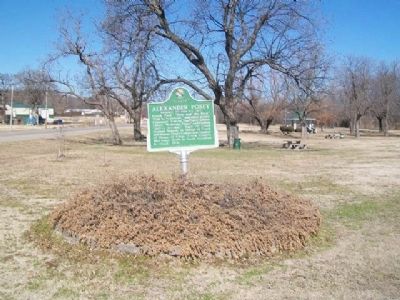