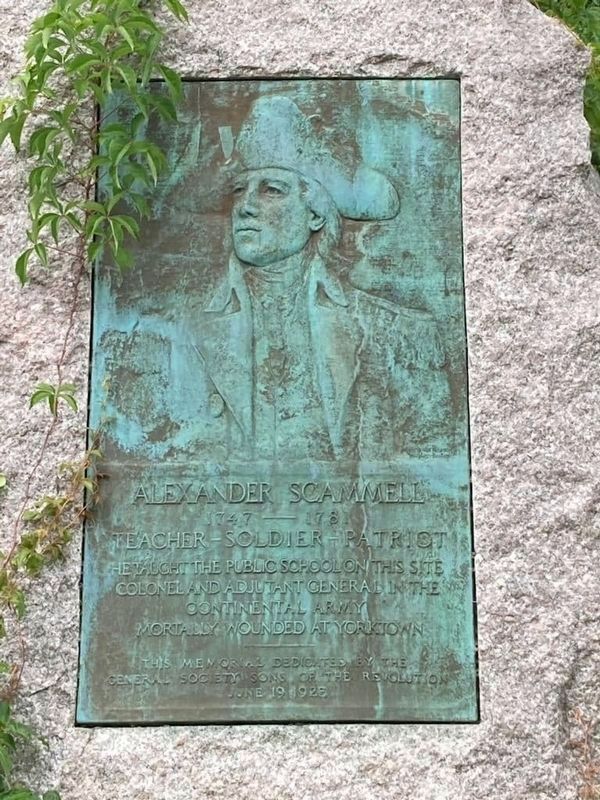 This memorial dedicated by the
General Society Sons of the Revolution
June 1, 1923

Erected 1923 by General Society Sons of the Revolution.

Topics. This memorial is listed in these topic lists: Patriots & Patriotism • War, US Revolutionary. A significant historical month for this entry is June 1834.

Location. 41° 57.343′ N, 70° 39.904′ W. Marker is in Plymouth, Massachusetts, in Plymouth County. Memorial is on School Street, on the left when traveling north. Touch for map. Marker is in this post office area: Plymouth MA 02360, United States of America. Touch for directions. 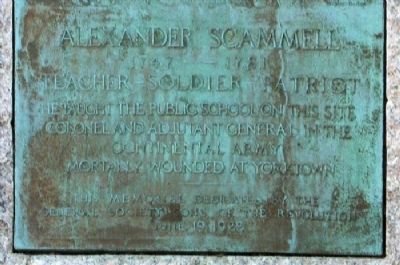 More about this marker. This bronze plaque mounted on a granite stone is located on Burial Hill, near the site of a school where Alexander Scammell taught before the U.S. Revolutionary War.

Regarding Alexander Scammell. Alexander Scammell was born in 1744 in Massachusetts and graduated from Harvard College. He taught school in Plymouth County, including a school near this site at the heart of the Plymouth Colony. He later became and attorney and surveyor before joining the Continental Army at the start of the U.S. Revolutionary War as a major in the 2nd New Hampshire Regiment.

In December of 1776 he was promoted to Colonel and put in charge of the 3rd New Hampshire Regiment. Scammell was a close friend of Gen. George Washington and crossed the Delaware River with him, often rallying the troops ahead of Washington in the battles of Trenton and Princeton. He and his regiment wintered with Washington at Valley Forge where Washington appointed him as Adjutant General.

On May 17, 1781, Scammell was assigned command of a light infantry detachment that became 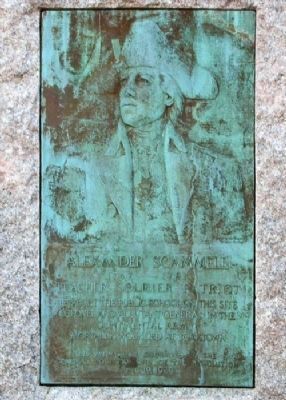 Photographed By Larry Wilson
3. Alexander Scammell Marker
known as Scammell's Light Infantry. Scammell led his brigade in the the Battle of King's Bridge, and then as the leading vanguard for the Army's march to Yorktown.

General Scammell was shot on September 30, 1781, while on patrol as Officer of the Day near Yorktown, and was transported to Williamsburg for treatment where he succumbed to his his injuries on Oct. 6, 1781, making him the highest ranking American officer killed during the Siege of Yorktown. 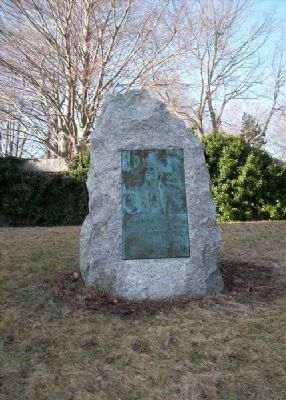 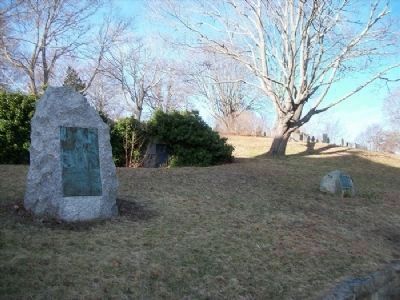 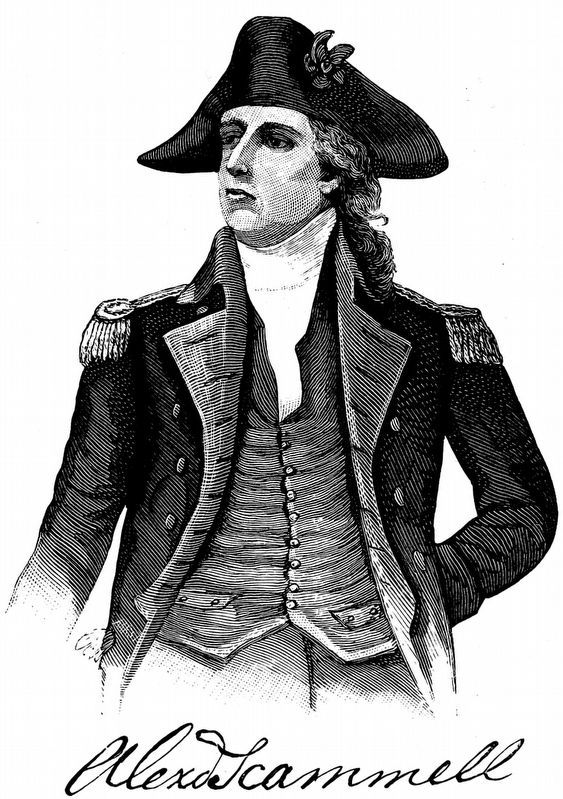