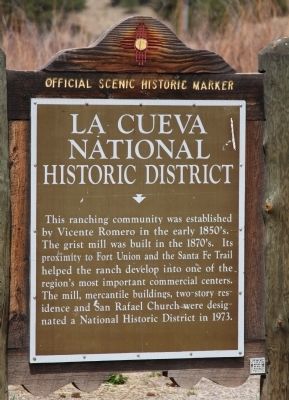 This ranching community was established by Vicente Romero in the early 1850s. The grist mill was built in the 1870s. Its proximity to Fort Union and the Santa Fe Trail helped the ranch develop into one of the region’s most important commercial centers. The mill, mercantile buildings, two-story residence and San Rafael Church were designated a National Historic District in 1973.

Topics. This historical marker is listed in these topic lists: Agriculture • Industry & Commerce. A significant historical year for this entry is 1973. 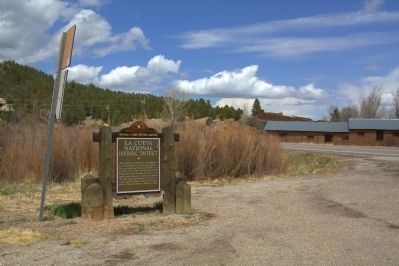 Click or scan to see
this page online
The Romero-La Cueva Ranch is now the Salman Ranch. All of the land and buildings of this historic district is private property. Inquire at the general store for permission to walk the grounds. 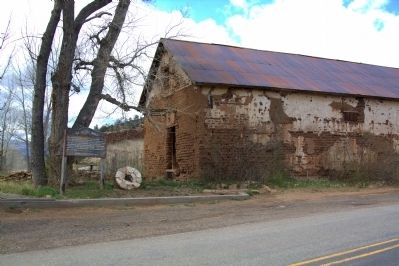 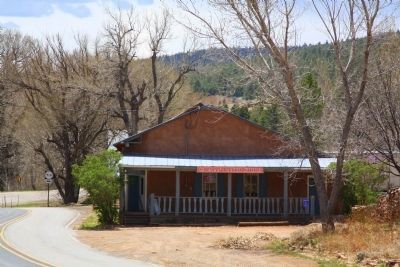 Photographed By J. J. Prats, April 21, 2014
5. Salman Ranch Store
Salman Ranch is known for its raspberries. There are some great treats inside. 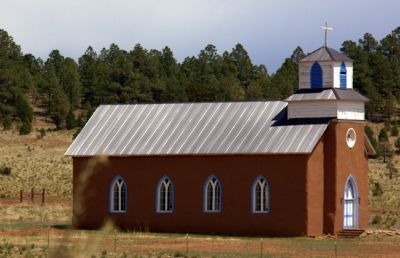 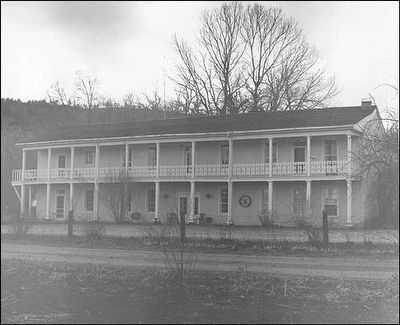 Editor’s want-list for this marker. Photos of the residence • Can you help?
Share this page.