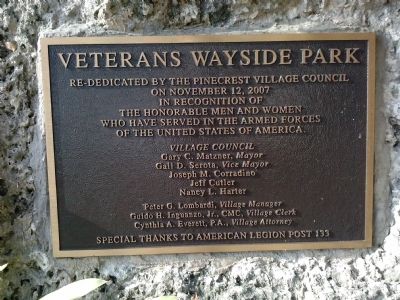 Re-dedicated by the Pinecrest Village Council
on November 12, 2007
in recognition of
the honorable men and women
who have served in the Armed Forces
of the United States of America. 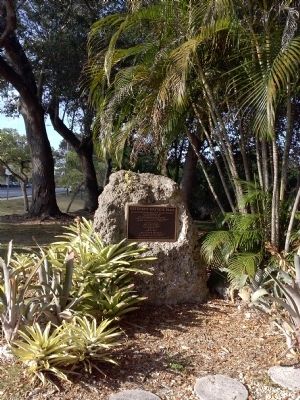 Click or scan to see
this page online
away); Chinese Bridge (approx. 3.1 miles away); Doc Thomas House (approx. 3½ miles away). Touch for a list and map of all markers in Pinecrest.

Regarding Veterans Wayside Park. The park name honors the service of the men and women of the Armed Forces of the United States. The roadway (79th Avenue) adjacent to the park was co-designated by the Village Council as Veterans Parkway on Veterans Day in 2007.