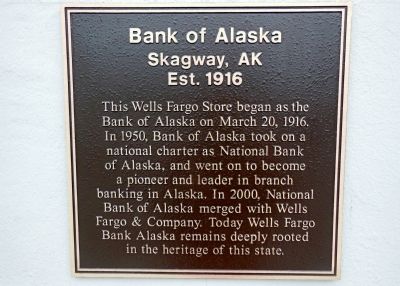 Topics. This historical marker is listed in this topic list: Industry & Commerce. A significant historical month for this entry is March 1900. 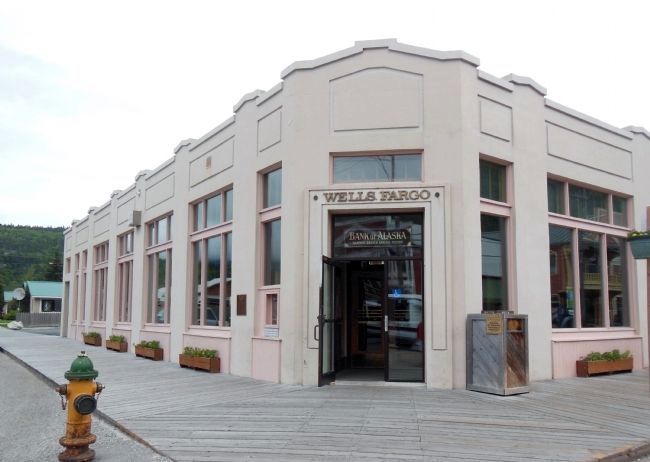 Photographed By Cosmos Mariner, June 20, 2012
2. Wells Fargo Bank (corner view)
Wells Fargo Bank building (formerly Bank of Alaska) at corner of 6th & Broadway in Skagway. The marker is visible at eye level, on the exterior wall, to the left of the corner entrance, on the 6th avenue side of the building.

Also see . . .  National Bank of Alaska History.
Bank of Alaska was founded in 1916 by Andrew Stevenson in Skagway, Alaska. The bank's first headquarters were in the building previously occupied by the Canadian Imperial Bank of Commerce at Fifth and Broadway, but it soon built a new headquarters one block away at Sixth and Broadway, a building which has remained in the possession of the company and its successors to this day. Bank of Alaska soon opened additional branches in Wrangell and Anchorage, which had just been named. (Submitted on April 30, 2014, by Cosmos Mariner of Cape Canaveral, Florida.) 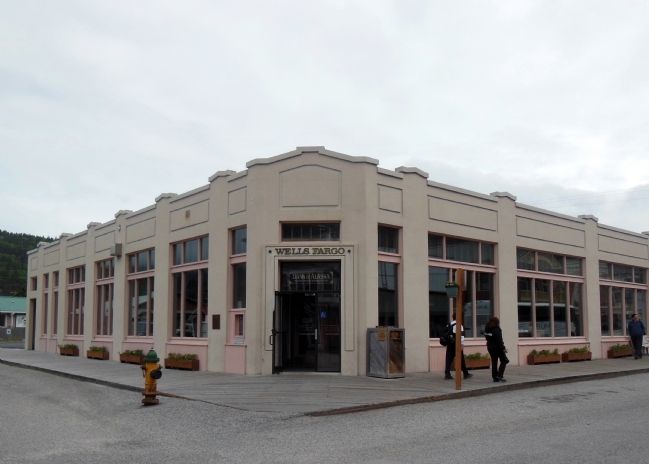