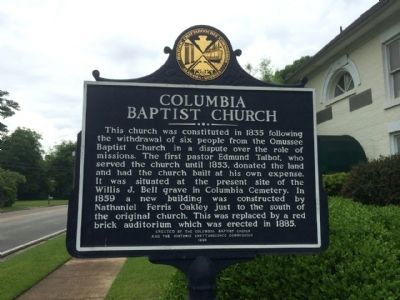 Side 1
This church was constituted in 1835 following the withdrawal of six people from Omussee Baptist Church in a dispute over the role of missions. The first pastor Edmund Talbot, who served the Church until 1853, donated that land and had the church built at his own expense. It was situated at the present site of the Willis J. Bell grave in Columbia Cemetery. In 1859 a new building was constructed by Nathaniel Ferris Oakley just to the south of the original church. This was replaced by a red brick auditorium which was erected in 1885. 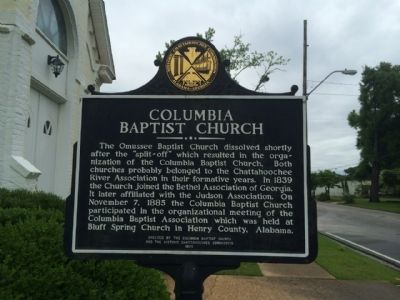 Click or scan to see
this page online
1990 by the Columbia Baptist Church and the Historic Chattahoochee Commission.

Topics. This historical marker is listed in this topic list: Churches & Religion. A significant historical month for this entry is November 1798. 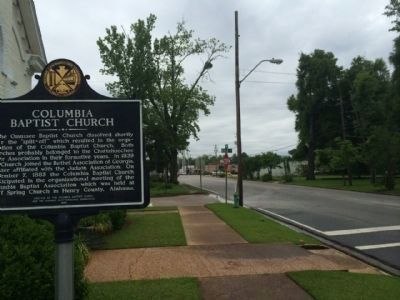 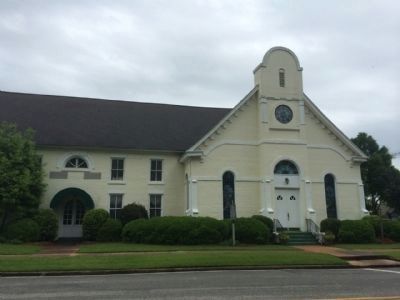