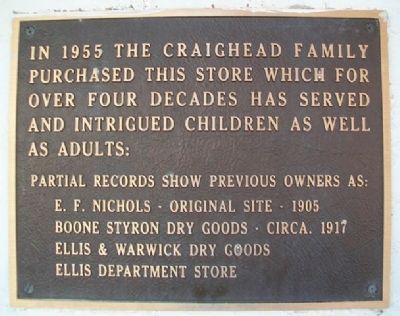 In 1955 the Craighead family purchased this store which for over four decades has served and intrigued children as well as adults:

Topics. This historical marker is listed in these topic lists: Industry & Commerce • Man-Made Features. A significant historical year for this entry is 1955. 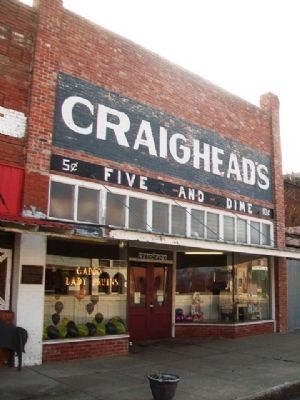