Meet Traders and Merchants in Their Railroad and Timber Communities 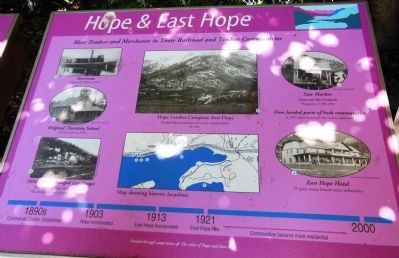 Erected by Funded through cooperation of: The cities of Hope and East Hope.

Topics. This historical marker is listed in these topic lists: Disasters • Industry & Commerce • Settlements & Settlers. A significant historical year for this entry is 1909.

Click or scan to see
this page online
Hope, Idaho, in Bonner County. Marker is on Wellington Place, 0.1 miles north of School Street, on the right when traveling south. Marker is across the street and just north of the Hope, Idaho Post Office. Touch for map. Marker is in this post office area: Hope ID 83836, United States of America. Touch for directions.

Also see . . .  History of Hope, Idaho.
At first Hope was just a stopping point along the railroad, but in 1890, the Northern Pacific moved its division point west from Montana to the shores of Lake Pend Oreille. Hope was incorporated on July 17, 1891. East Hope was incorporated on June 28th 1902. Hope was a busy port in its early days. Steamboats crossed the lake carrying supplies and mail to mining sites around the shore before roads were built. The boats were used to carry supplies up the Clark Fork River to Cabinet Gorge while the railroad was being constructed. The lake had long supported a fishing fleet, bringing in tons of fish every day. The populations were decimated by the introduction of tiny krill. The Federal government added these small shrimp in an attempt to increase fish populations; the experiment had the opposite effect. Recent years have seen 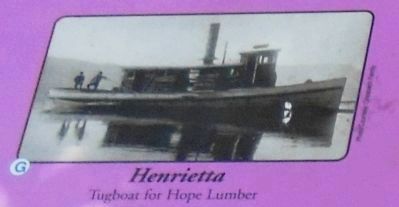 Photographed By Cosmos Mariner, June 30, 2013
3. Henrietta Tugboat inset
a small recovery in fish populations, and now Hope is the center of some fine sports fishing. (Submitted on May 7, 2014, by Cosmos Mariner of Cape Canaveral, Florida.) 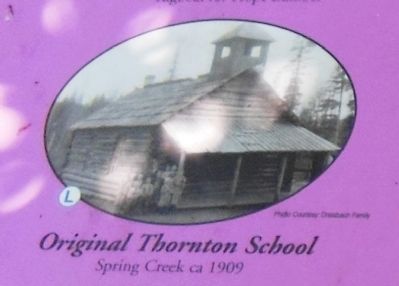 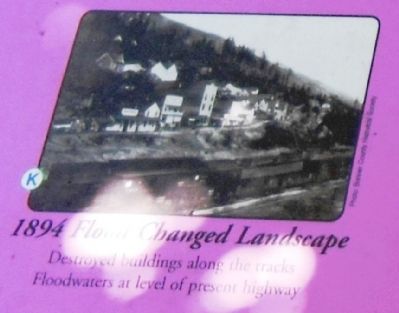 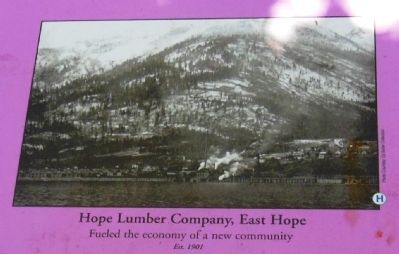 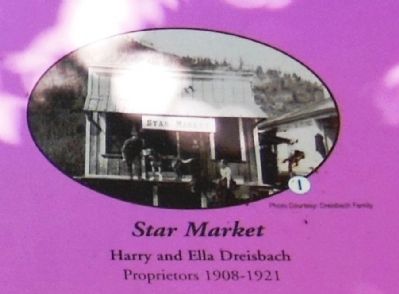 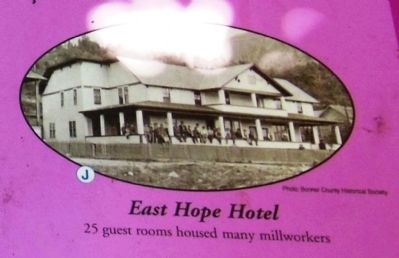