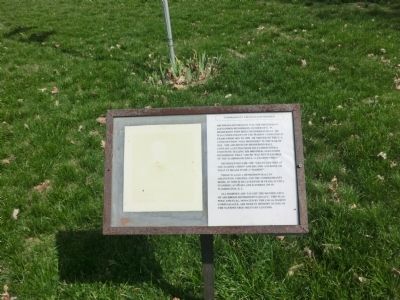 Archbold Henderson was the brother of Alexander Henderson, father of G. W. Henderson who built Henderson Hall. He was Commandant of the Marine Corps for 38 years from 1821 to 1859. He served on the U.S. Constitution, “Old Ironsides” in the war of 1812. The archives of Henderson Hall contain a letter from his father with a footnote telling his brother, Alexander Henderson, that “Archy was put in charge of the Marines on the U.S. Constitution.” Archbold became the “Grand Old Man of the Marine Corps” and became a symbol of what it means to be a “Marine”. There is also a Henderson Hall in Arlington, Virginia and the Commandants home, in which he lived for 38 years, is still standing at Eight and K Street, SW in Washington, D.C. All Marines are taught the significance of Archbold Henderson’s legacy. This flag pole and flag, donated by the local Marine Corps League, are here in memory of one of the nations true military legends.

Topics. This memorial is listed in this topic list: War of 1812. 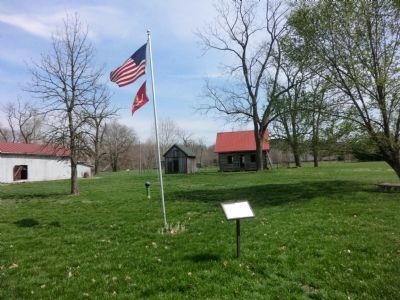 Click or scan to see
this page online
39° 22.704′ N, 81° 28.872′ W. Marker is in Williamstown, West Virginia, in Wood County. Memorial is on River Road. The marker is on the grounds of Henderson Hall Plantation. Touch for map. Marker is in this post office area: Williamstown WV 26187, United States of America. Touch for directions.

Additional commentary.
1. Spelling of first name.
The marker spelling appears to be wrong according to his Marine record.
— Submitted May 9, 2014, by Bill Pfingsten of Bel Air, Maryland. 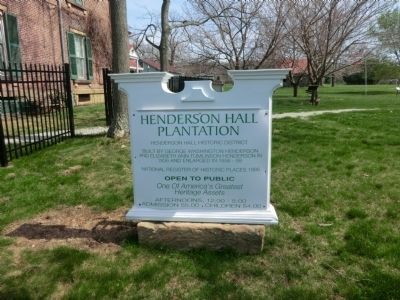 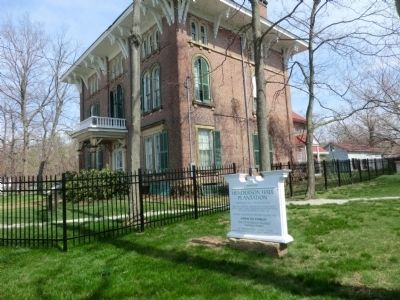 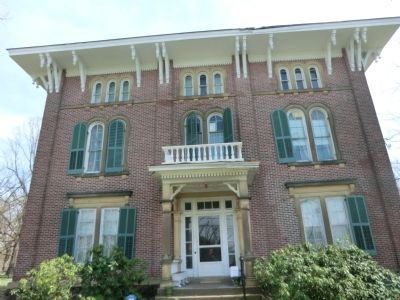