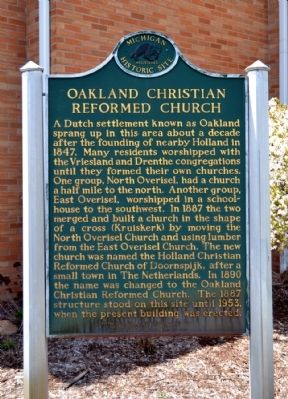 A Dutch settlement known as Oakland sprang up in this area about a decade after the founding of nearby Holland in 1847. Many residents worshipped with the Vriesland and Drenthe congregations until they formed their own churches. One group, North Overisel, had a church a half mile to the north. Another group, East Overisel, worshipped in a schoolhouse to the southwest. In 1887 the two merged and built a church in the shape of a cross (Kruiskerk) by moving the North Overisel Church and using lumber from the East Overisel Church. The new church was named the Holland Christian Reformed Church of Doornspijk, after a small town in The Netherlands. In 1890 the name was changed to the Oakland Christian Reformed Church. The 1887 structure stood on this site until 1953, when the present building was erected.

Topics and series. This historical marker is listed in this topic list: Churches & Religion. In addition, it is included in the Michigan Historical Commission series list. 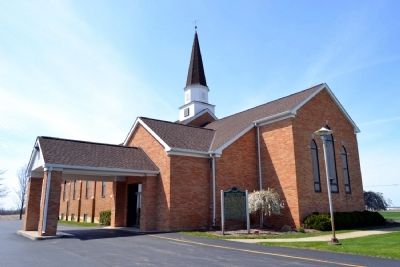 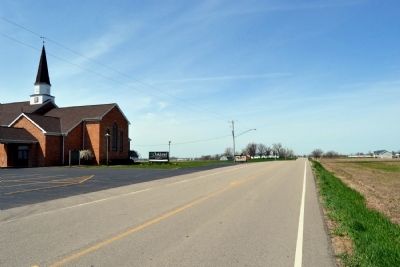