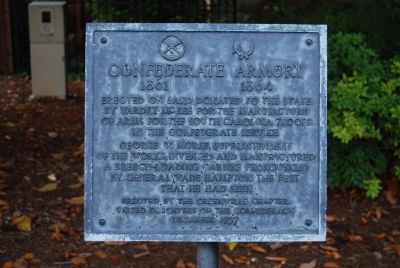 Photographed By Brian Scott, June 4, 2008
1. Confederate Armory Marker
Inscription.
Confederate Armory. Erected on land donated to the state by Vardry McBee for the manufacture of arms for the South Carolina troops in the Confederate service. George W. Morse, superintendent of the works, invented and manufactured a breech-loading carbine pronounced by General Wade Hampton the best that he had seen. . This historical marker was erected in 1937 by Greenville Chapter, United Daughters of the Confederacy. It is in Greenville in Greenville County South Carolina

Erected on land donated to the state by Vardry McBee for the manufacture of arms for the South Carolina troops in the Confederate service. George W. Morse, superintendent of the works, invented and manufactured a breech-loading carbine pronounced by General Wade Hampton the best that he had seen.

Erected 1937 by Greenville Chapter, United Daughters of the Confederacy. 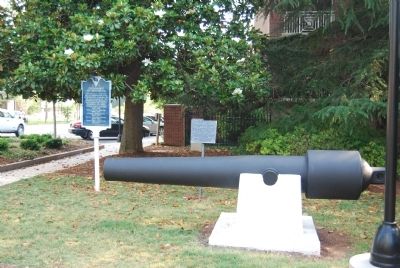 More about this marker. One of several markers located in a park designed to remember those with military service. The park is located near the main entrance of Springwood Cemetery in downtown Greenville, SC.

Additional commentary.
1. About Vardry McBee
Vardry McBee was perhaps the most pivotal figure in the history of our city and Greenville County as a whole. thanks to his business acumen and impressive foresight for how the community could grow and prosper.

A product of the Carolina frontier, McBee was born in 1775 on the eve of the American Revolution, a conflict that would prove formative in his early years. Both his father and older brother fought with the Patriots, at King's Mountain and the Battle of Cowpens. McBee himself never fought for American independence, but instead used his considerable fortune to improve the lives of his fellow citizens, appropriating his land and 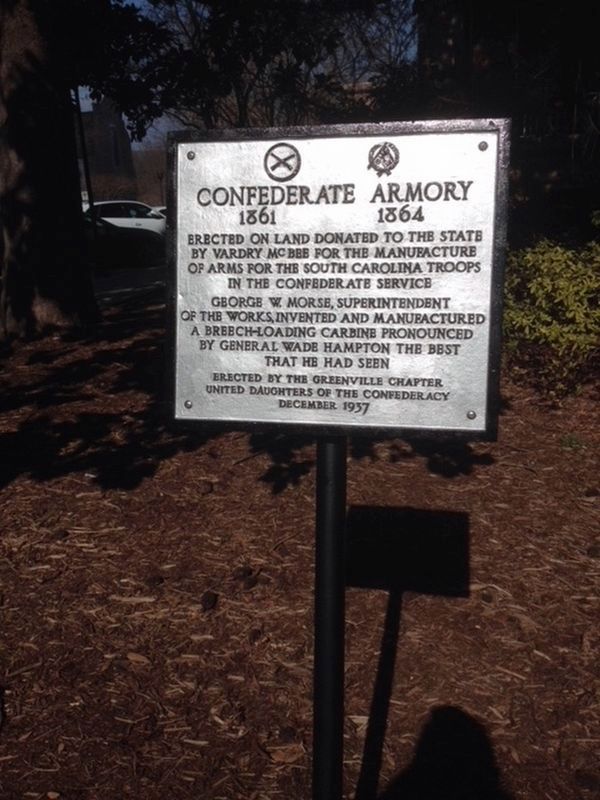 McBee opened the first textile mill on the Reedy River, but he saw value in a diversified economy. In his private business life, that meant he owned two flour mills, a cotton factory, and wool and paper mills. Publicly, even as he approached his 80s, it led him to champion the construction of a railroad line that connected Columbia and Greenville. In 1853, this line became the first rail to serve the community, and it would eventually become a turning point in the economy of the town. (Source: G: The Magazine of Greenville, Jan/Feb 09, pg 66.)
— Submitted March 14, 2010, by Brian Scott of Anderson, South Carolina.
2. Confederate Armory
George W. Morse was an arms expert who had been granted a patent for a metallic cartridge, breech-loading carbine on October 28, 1856. At the outbreak of the war, Morse was the superintendent of the armory at Nashville, Tennessee. He later supervised the establishment of the Greenville Armory, known as the State Works. This armory produced Morse's carbine, as well as muskets which were converted to breech-loaders. Morse's fine carbines were issued to Confederate cavalry units but were impractical for field use because their special metallic cartridges were in short supply. The armory was closed and 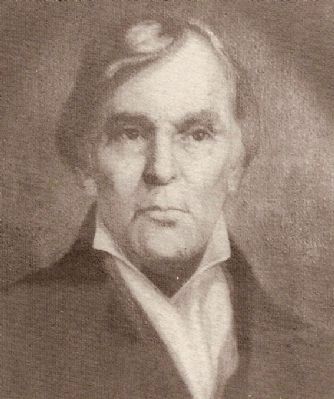