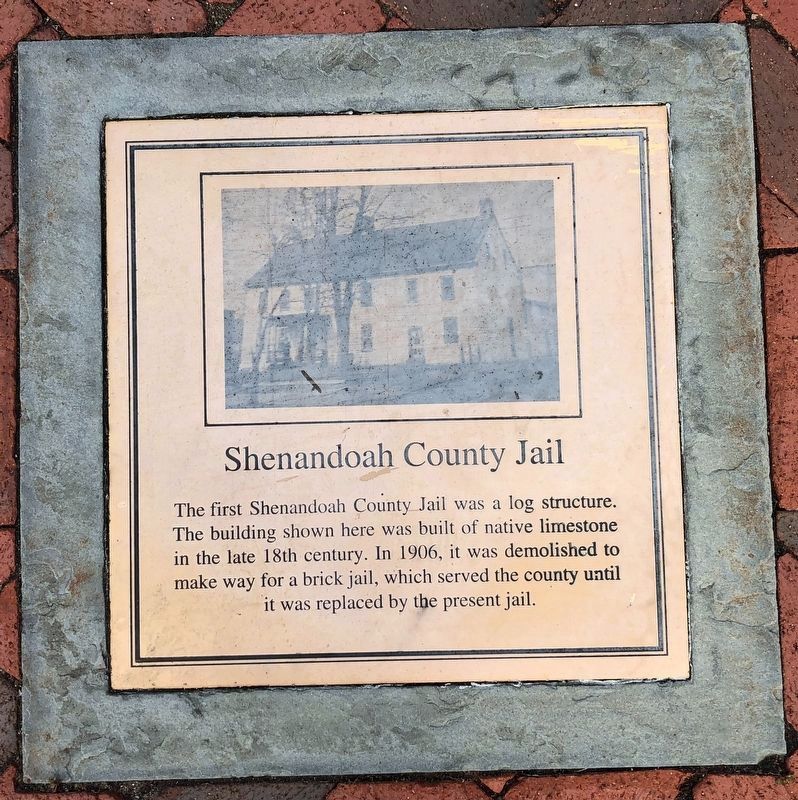 The first Shenandoah County Jail was a log structure. The building shown here was built of native limestone in the 18th century. In 1906, it was demolished to make way for a brick jail, which served the county until it was replaced by the present jail.

Topics. This historical marker is listed in this topic list: Law Enforcement. A significant historical year for this entry is 1906.

Location. 38° 52.933′ N, 78° 30.315′ W. Marker is in Woodstock, Virginia, in Shenandoah County. Marker can be reached from the intersection of North Main Street (U.S. 11) and West Court Street, on the left when traveling north. Marker is embedded in the brick walkway (Lawyer's Row) north of the Courthouse. Touch for map. Marker is at or near this postal address: 103 North Main Street, Woodstock VA 22664, United States of America. Touch for directions. 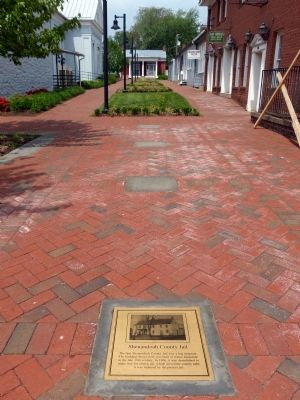 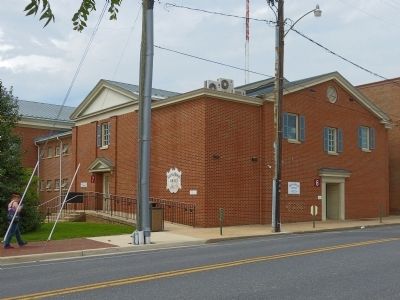 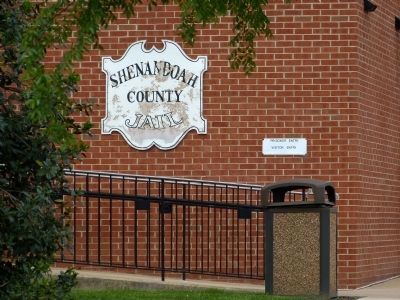