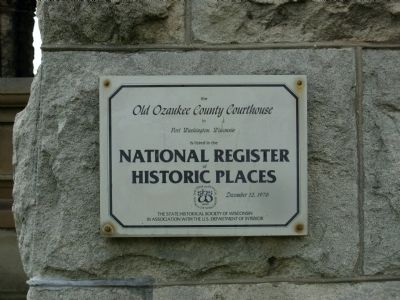 The Old Ozaukee County Courthouse in Port Washington, Wisconsin is listed in the National Register of Historic Places December 12, 1976 The State Historical Society of Wisconsin in association with the U.S. Department of Interior

Topics. This historical marker is listed in this topic list: Notable Buildings. A significant historical date for this entry is December 12, 1791. 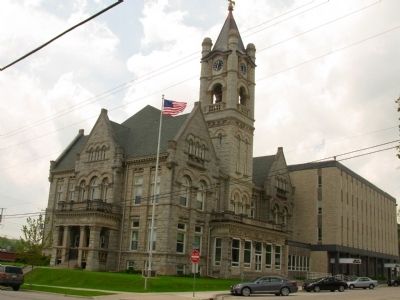 Click or scan to see
this page online
(about 600 feet away); Schumacher Building (about 700 feet away); The Wisconsin Chair Company Fire (approx. 0.2 miles away). Touch for a list and map of all markers in Port Washington. 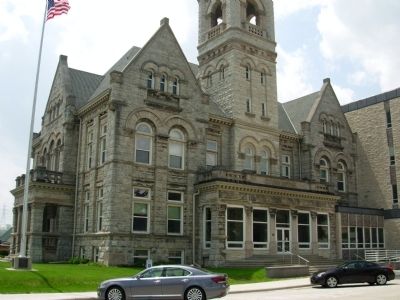 Photographed By Paul Fehrenbach, May 30, 2013
3. The Old Ozaukee County Courthouse Marker
Marker is at lower left of corner of the building 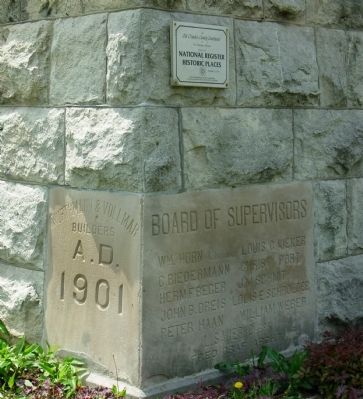