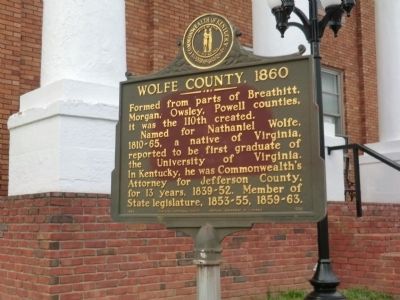 Photographed By Don Morfe, April 15, 2014
1. Wolfe County, 1860 Marker
Inscription.
Wolfe County, 1860. . Formed from parts of Breathitt, Morgan, Owsley, Powell counties. It was the 110th created., Named for Nathaniel Wolfe, 1810-65, a native of Virginia, reported to be first graduate of the University of Virginia. In Kentucky, he was Commonwealth's Attorney for Jefferson County for 13 years, 1839-52. Member of State legislature, 1853-55, 1859-63. . This historical marker was erected in 1969 by Kentucky Historical Society-Kentucky Department of Highways. It is in Campton in Wolfe County Kentucky

Formed from parts of Breathitt, Morgan, Owsley, Powell counties. It was the 110th created.

Topics and series. This historical marker is listed in this topic list: Political Subdivisions. In addition, it is included in the Kentucky Historical Society series list.

Other nearby markers. At least 8 other markers are within 9 miles of this marker, measured as the crow flies. USA Gens. Morgan CSA (here, next to this marker); Swift's Silver Camp (a few steps from this marker); Gateway to Appalachia 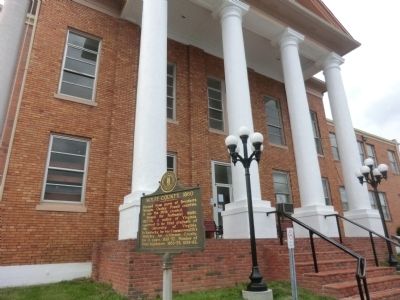 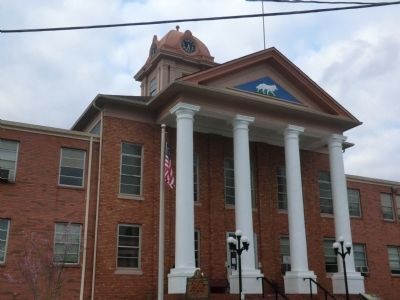 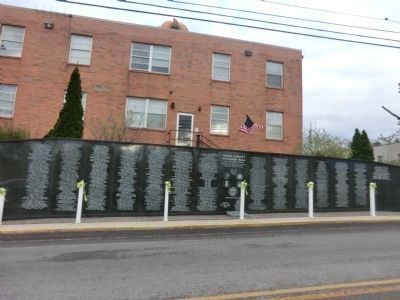 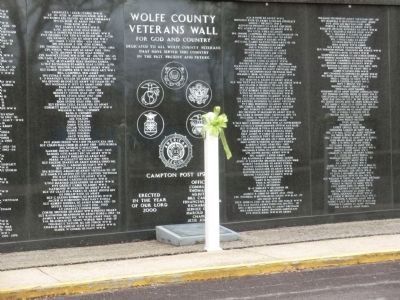