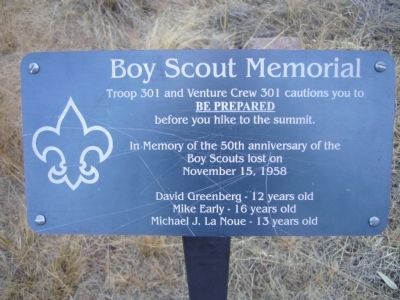 Photographed By Bill Kirchner, January 21, 2012
1. Boy Scout Memorial Marker
Inscription.
Boy Scout Memorial. .
Troop 301 and Venture Crew 301 cautions you to Be Prepared before you hike to the summit. , In memory of the 50th anniversary of the Boy Scouts lost on November 15, 1958 , David Greenberg – 12 years old Mike Early – 16 years old Michael J. La Noue – 13 years old . . This memorial was erected in 2008 by Troop 301 and Venture Crew 301. It is Near Madera Canyon in Santa Cruz County Arizona

Troop 301 and Venture Crew 301 cautions you to
Be Prepared
before you hike to the summit.

Topics. This historical marker and memorial is listed in these topic lists: Disasters • Notable Events. A significant historical month for this entry is November 1934.

Other nearby markers. At least 8 other markers are within 13 miles of this marker, measured as the crow flies. Camp Crittenden (approx. 11 miles away); Baca Float Number 3 (approx. 12.4 miles away); Tubac Presidio 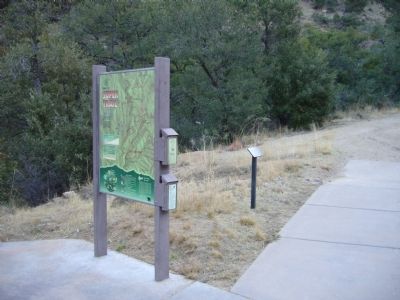 Regarding Boy Scout Memorial. On November 15, 1958, six Boy Scouts started off on a hiking adventure to climb to the top of the tallest mountain in Southern Arizona called "Old Baldy", in the Santa Rita Mountains, just South of Tucson. They ranged in age from 11 to 16. On the way up, the youngest tenderfoot Scout, Ronnie Sepulveda (11) developed blisters. In a kind gesture, 16 year old Louis Burgess took him and Ralph Coltrin (12) back to base camp. That action ultimately saved those three lives.

The weather unexpectedly worsened in the early evening, first with wind and rain and later with a heavy snowfall. It was the earliest and heaviest snow event on record in Tucson. Six inches of snow fell across the metro area causing auto accidents, stranded people, dropped power lines, knocked out telephone service, closed highways and paralyzed air travel. Several feet of snow fell on "Old Baldy".

The others died when Mike Early (16) made 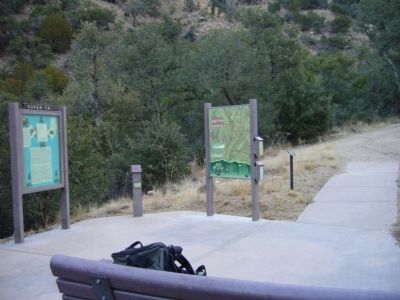 Photographed By Bill Kirchner, January 21, 2012
3. Boy Scout Memorial Marker
a wrong turn in the darkness and then tripped, apparently on a downed forest service line, falling 100 feet and breaking his leg. The two younger scouts; David Greenberg (12) and Michael LaNoue (13) bravely climbed down that steep slope in the dark to find him. They stayed there making a campfire and using David’s hatchet built a crude branch covering. But, it was not enough for the “snowstorm of the century.”

They were not found until 19 days later after 750 sheriff deputies, hikers, scouts, ranchers, and military personnel spent grueling days and nights trying to find and save them.

After the boys were found, the searchers were inspired to quickly form the Southern Arizona Rescue Association. That organization has literally saved hundreds of lives in the last 50 years.

Also see . . .
1. "Death Clouds on Mt. Baldy". A review of the book written by Cathy Hufault and published by Arizona Mountain Publications which tells the true story about the heroes that participated in the largest search and rescue operation in Arizona's history. Includes historic photos. (Submitted on August 7, 2012.) 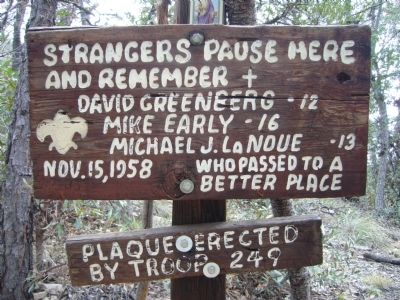 Photographed By Bill Kirchner, January 21, 2012
4. Josephine Saddle Memorial
This memorial was placed here in the early 1960s near where the three bodies were found. 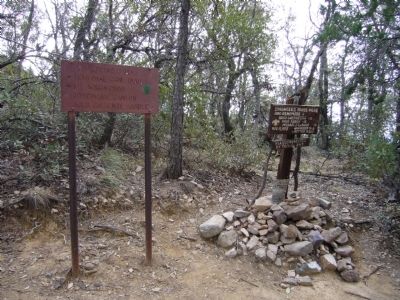 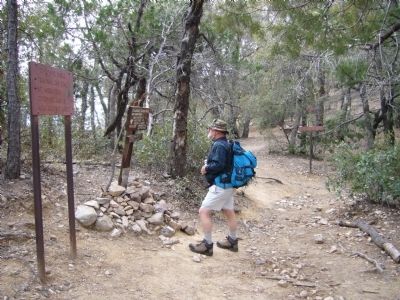 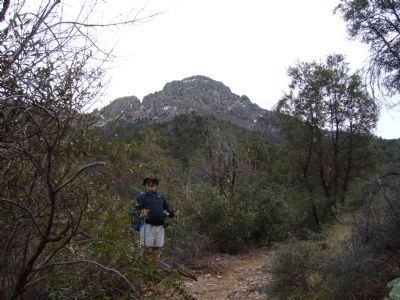