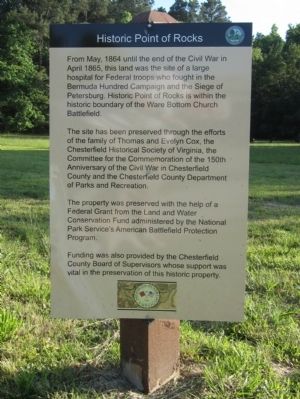 From May 1864 until the end of the Civil War in April 1865, this land was the site of a large hospital for Federal troops who fought in the Bermuda Hundred Campaign and the Siege of Petersburg. Historic Point of Rocks is within the historic boundary of the Ware Bottom Church Battlefield.

The property was preserved with the help of a Federal Grant from the Land and Water Conservation Fund administered by the National Park Service’s American Battlefield Protection Program.

Funding was also provided by the Chesterfield County Board of Supervisors whose support was vital in the preservation of this historic property.

Topics. This historical marker is listed in this topic list: War, US Civil. A significant historical month for this entry is April 1865. 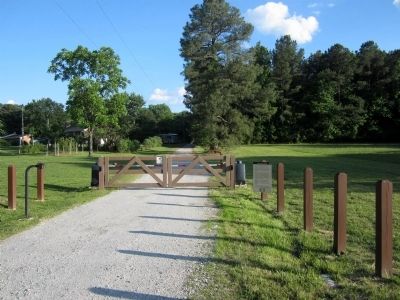 Photographed By Bernard Fisher, May 24, 2014
2. Historic Point of Rocks Marker

Click or scan to see
this page online
37° 19.436′ N, 77° 20.299′ W. Marker is in Enon, Virginia, in Chesterfield County. Marker is at the intersection of Enon Church Road (Virginia Route 746) and Point of Rocks Road, on the left when traveling west on Enon Church Road. Touch for map. Marker is in this post office area: Chester VA 23836, United States of America. Touch for directions. 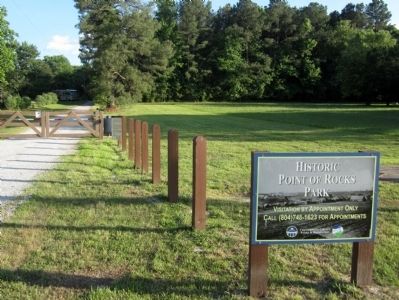