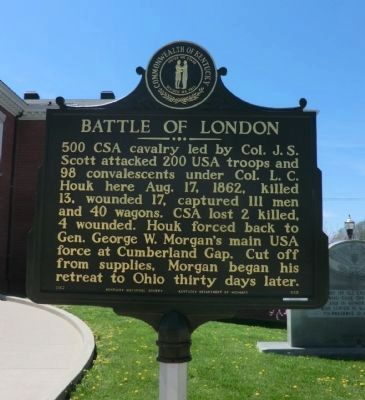 Topics and series. This historical marker is listed in this topic list: War, US Civil. In addition, it is included in the Kentucky Historical Society series list. A significant historical month for this entry is August 1836.

Location. 37° 7.72′ N, 84° 5.022′ W. Marker is in London, Kentucky, in Laurel County. Marker is at the intersection of South Main Street and West 5th Street, on the right when traveling south on South Main Street. The marker is located on the grounds of the Laurel County Courthouse. Touch for map. Marker is at or near this postal address: 101 S Main St, London KY 40741, United States of America. Touch for directions.

Other nearby markers. At least 8 other markers are within walking distance of this marker. Laurel County Veterans Memorial (here, next to 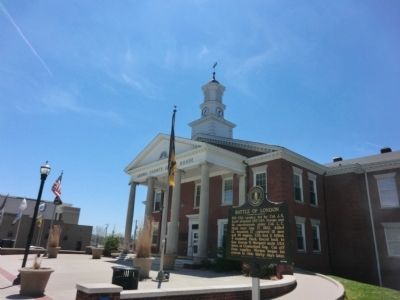 Additional commentary.
1. Original Location
The marker was originally located near the southeast corner of the courthouse grounds (the northwest corner of the intersection of Main Street and 4th Street). The original support post for the marker still remains at that location. The marker was moved to its present location sometime between late 2009 and early 2012.
— Submitted June 16, 2015, by Duane Hall of Abilene, Texas. 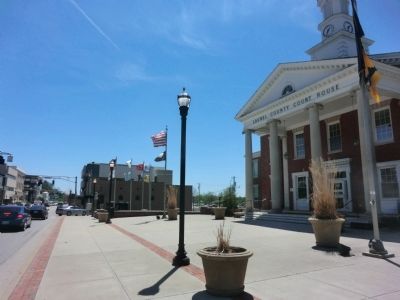 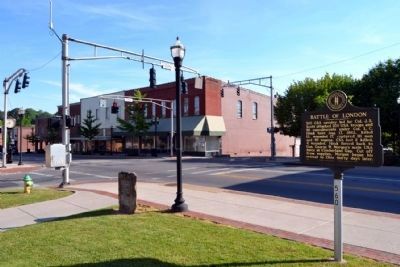 Photographed By Duane Hall, May 24, 2015
4. Battle of London Marker
View towards intersection of Main Street and 5th Street 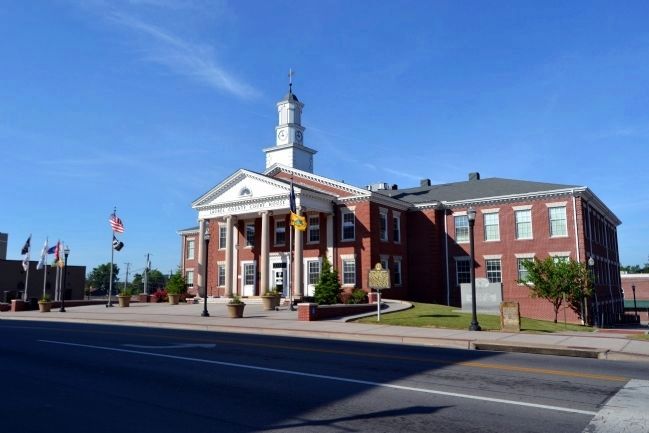 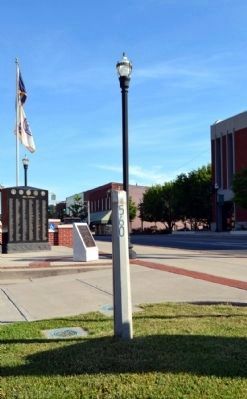 Photographed By Duane Hall, May 24, 2015
6. Support Post for Marker at Original Location 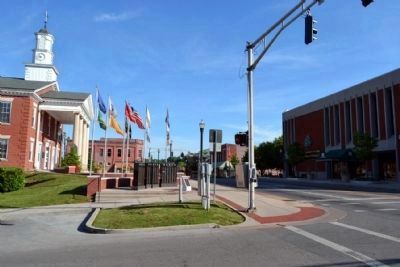