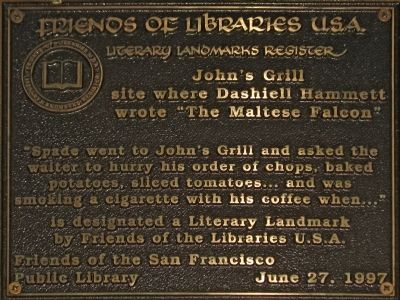 "Spade went to John's Grill and asked the waiter to hurry his order of chops, baked potatoes, sliced tomatoes... and was smoking a cigarette with his coffee when... "

is designated a Literary Landmark by Friends of the Libraries U.S.A.

Erected 1997 by Friends of the San Francisco Public Library. 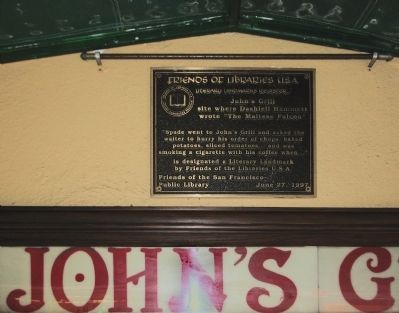 Regarding John's Grill. "This landmark was the setting for the Maltese Falcon novel by Dashiell Hammett and now is the headquarters of the Dashiell Hammett Society of San Francisco, founded October 21, 1977, by William Nolan, author of a biographical study of Hammett,and Jack Kaplan, retired U.S. Army major now director of Pinkerton's." -- from the Menu at John's Grill. 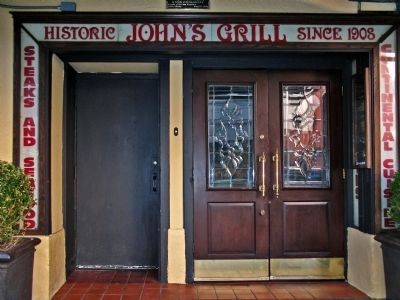 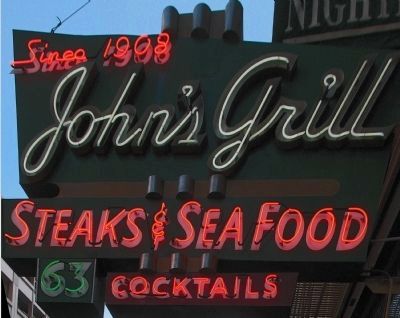 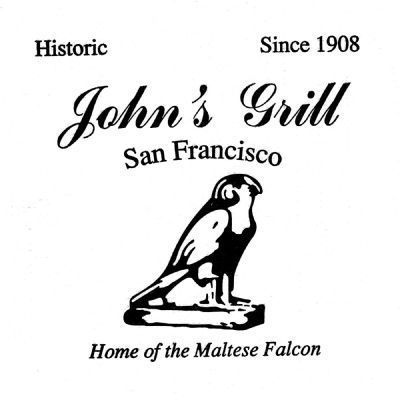 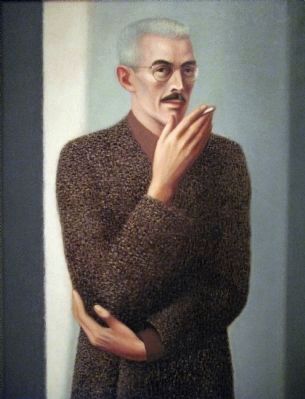