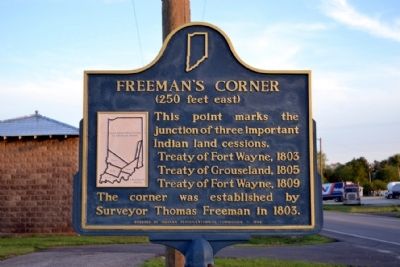 Photographed By Duane Hall, May 22, 2014
1. Freeman's Corner Marker
Inscription.
Freeman's Corner. (250 feet east). , , This point marks the junction of three important Indian land cessions. , Treaty of Fort Wayne, 1803 , Treaty of Grouseland, 1805 , Treaty of Fort Wayne, 1809 , The corner was established by Surveyor Thomas Freeman in 1803. . This historical marker was erected in 1966 by Indiana Sesquicentennial Commission. It is in Orleans in Orange County Indiana

Topics and series. This historical marker is listed in these topic lists: Native Americans • Settlements & Settlers. In addition, it is included in the Indiana Historical Bureau Markers series list. A significant historical year for this entry is 1803.

Other nearby markers. At least 8 other markers are within 4 miles of this marker, measured as the crow flies. Freeman Corner (a few steps from this marker); Orleans Public Library (approx. 0.9 miles away); Orleans Area War Memorial 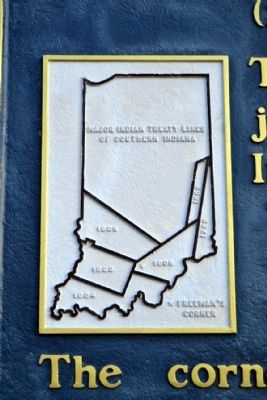 Additional commentary.
1. Location of Freeman's Corner
The nearby 1935 marker erected by the Daughters of the American Revolution indicates a different location for the survey corner. The D.A.R. marker states the corner is 839 feet north and 48 feet east.
— Submitted May 31, 2014, by Duane Hall of Abilene, Texas. 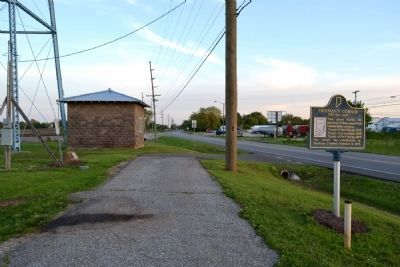 Photographed By Duane Hall, May 22, 2014
3. Freeman's Corner Marker
View to south; D.A.R. marker in background
to the left of the driveway 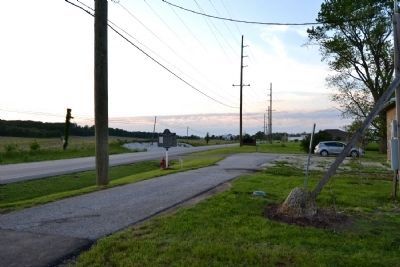 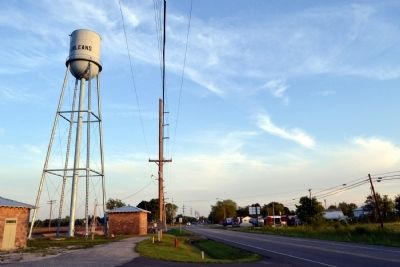 Photographed By Duane Hall, May 22, 2014
5. Orleans Water Tower
View to south towards town of Orleans 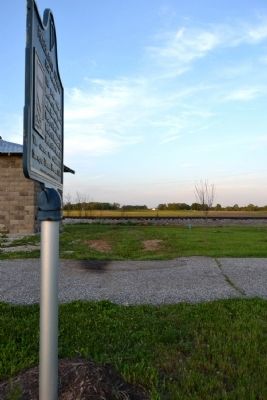