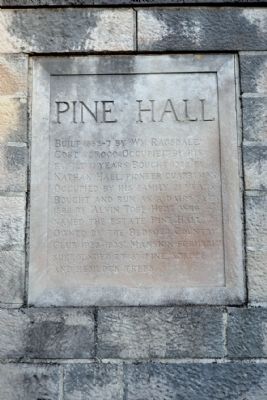 Topics. This historical marker is listed in this topic list: Notable Buildings. A significant historical year for this entry is 1878.

Other nearby markers. At least 8 other markers are within 2 miles of this marker, measured as the crow flies. Otis Park (a few steps from this marker); a different marker also named Otis Park (within shouting distance of this marker); Bedford Courthouse Square Historic District (approx. 1.2 miles away); The Cornerstone of Freedom 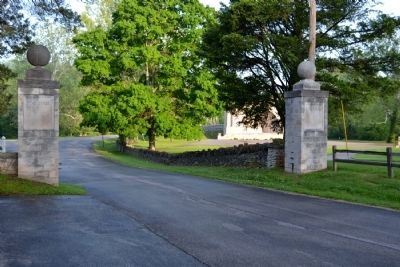 Photographed By Duane Hall, May 23, 2014
2. Rear Side of Otis Park Gate Entrance
Marker is on south (left) pillar

Additional commentary.
1. National Register
Otis Park and Golf Course, including Pine Hall, was added to the National Register of Historic Places in 2002.
— Submitted June 2, 2014, by Duane Hall of Abilene, Texas. 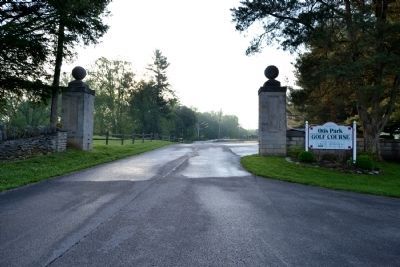 Photographed By Duane Hall, May 23, 2014
3. Front Side of Otis Park Gate Entrance
According to a nearby marker, the Second Principal Meridian passes north-south through the gate 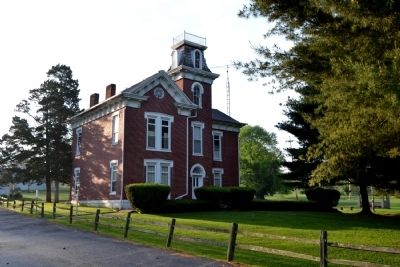 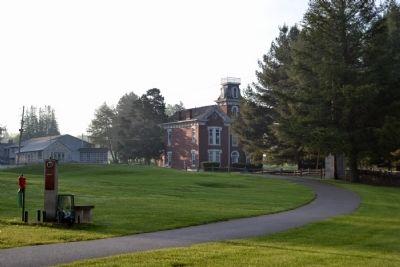