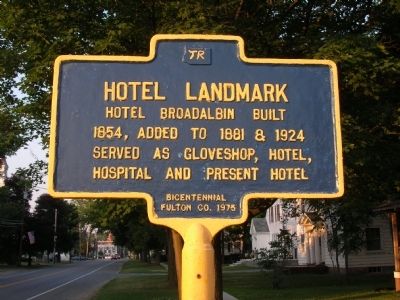 Topics. This historical marker is listed in these topic lists: Industry & Commerce • Notable Buildings. A significant historical year for this entry is 1854. 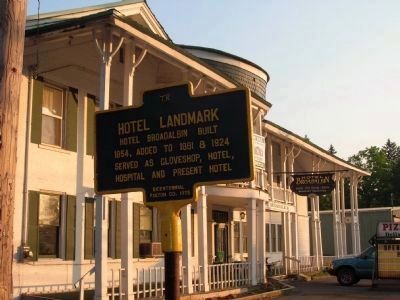 Click or scan to see
this page online
(approx. 0.2 miles away); Broadalbin Methodist Episcopal Church (approx. 0.3 miles away). Touch for a list and map of all markers in Broadalbin.

Regarding Hotel Broadalbin. At one time the Hotel Broadalbin was one of four hotels in Broadalbin and the only one still standing. Broadalbin historian Gordon Cornell said, “One was burned down, another torn down and a third was turned into a glove shop, then a chemical plant and then torn down as part of the brown field clean-up program.” The Hotel Broadalbin’s brick portion was original and built as a glove shop in 1854. The frame additions were built by Charles Boss and run as Kennyetto Hotel. In the early 1898 Dr. H.C. Finch ran the place as an alcohol recovery hospital for a short time until it was reopened as the Kennyetto Inn in 1904 after the alcohol treatment facility didn't work out. It seems that the only people who really benefited from Dr. Finch's hospital were the local undertakers. “According to Ken Shaw’s book, Broadalbin Then and Now, "It is not known how well the ‘Cure’ worked, but the surgery made the local undertaker a wealthy man.” 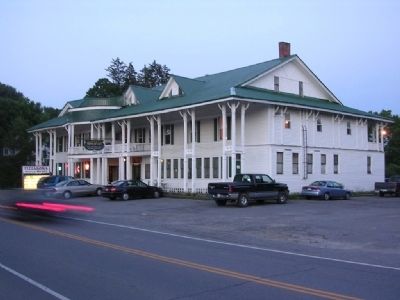 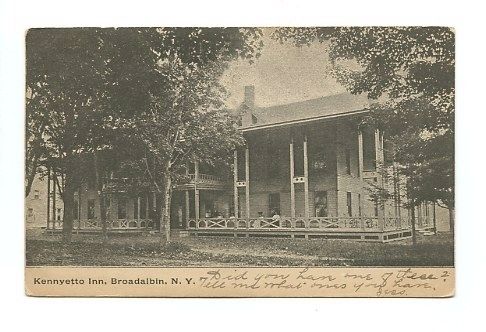