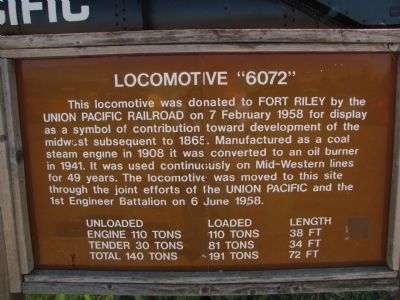 This locomotive was donated to Fort Riley by the Union Pacific Railroad on 7 February 1958 for display as a symbol of contribution toward development of the midwest subsequent to 1865. Manufactured as a coal steam engine in 1908 it was converted to an oil burner in 1941. It was used continuously on Mid-Western lines for 49 years. The locomotive was moved to this site through the joint efforts of the Union Pacific and the 1st Engineer Battalion on 6 June 1958.

Location. 39° 4.612′ N, 96° 46.292′ W. Marker is in Fort Riley, Kansas, in Geary County. Marker is at the intersection of Huebner Road and Dickman Avenue/Warehouse Road, on the left when traveling west 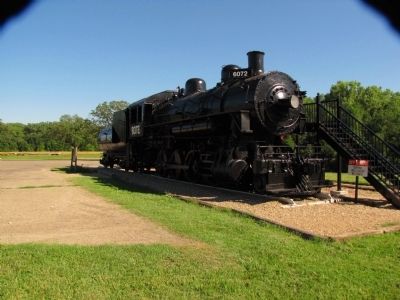 By Lee Hattabaugh, June 30, 2010
2. Locomotive "6072"
on Huebner Road. Locomotive and marker are part of a park and are located near the Irwin Army Medical Center. Touch for map. Marker is in this post office area: Fort Riley KS 66442, United States of America. Touch for directions. 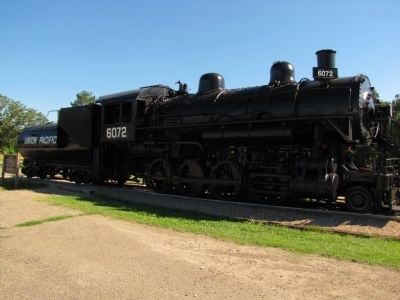 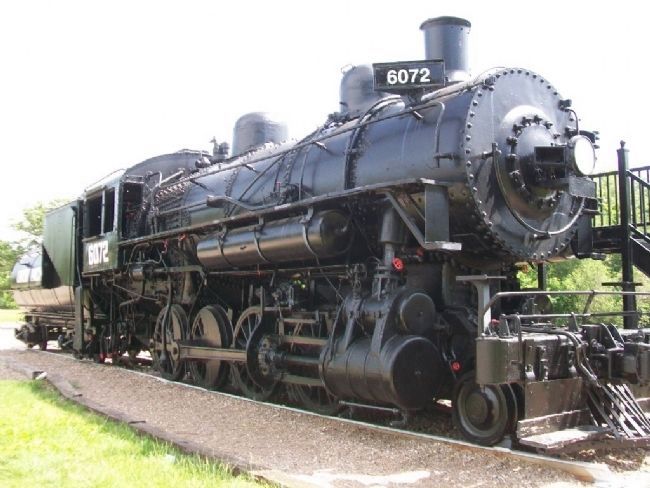