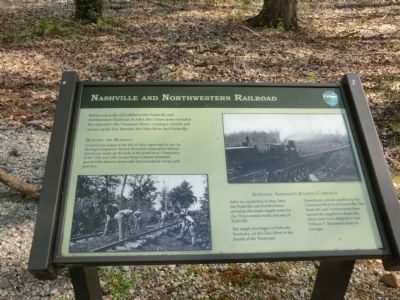 Before you is the old railbed of the Nashville and Northwestern Railroad. In 1863, the Union army extended the railroad to the Tennessee River, creating a reliable and secure supply line between the Ohio River and Nashville.

Construction began in the fall of 1863, supervised by the 1st Michigan Engineers. Several thousand conscripted African Americans made up the bulk of the work force. Companies of the 12th and 13th United States Colored Infantries guarded the laborers from raids by Confederate troops and guerillas.

After its completion in May 1864, the Nashville and Northwestern served as the major supply route for the Union armies south and east of Nashville.

The supply line began at Paducah, Kentucky on the Ohio River at the mouth of the Tennessee.

Steamboats carried supplies up the Tennessee River to Johnsonville. The Nashville and Northwestern then carried the supplies to Nashville, where they were shipped to Gen. William T. Sherman's army in Georgia. 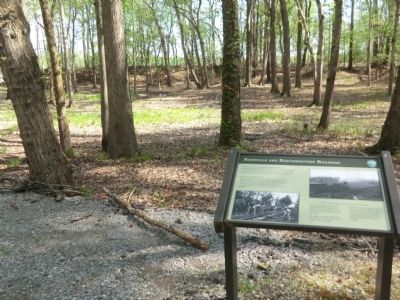