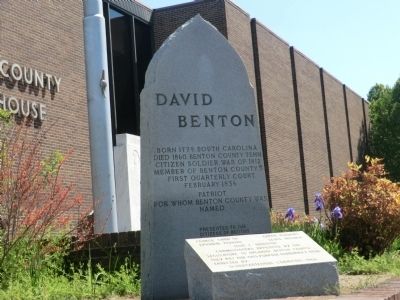 (Base monument) , George Camp Sr., Green Flowers, Ephraim Perkins, Lewis Brewer, John F. Johnston-Commissioners appointed by the legislature to organize Benton County. They met for this purpose, February 7, 1836. . This historical marker was erected in 1986 by Sesquicentennial Committee. It is in Camden in Benton County Tennessee

Topics. This historical marker is listed in these topic lists: Settlements & Settlers • War of 1812. A significant historical year for this entry is 1779.

Other nearby markers. At least 8 other markers are within 6 miles of this marker, measured as the crow flies. Senator Mildred Jolly Lashlee (a few steps from this marker); Mary Cordelia Beasley-Hudson (within shouting distance of this marker); Thomas Clark Rye 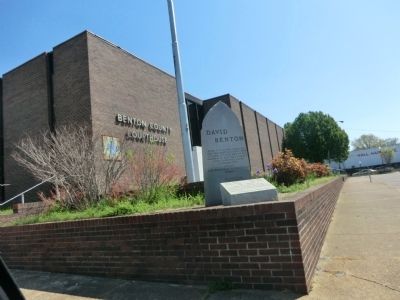