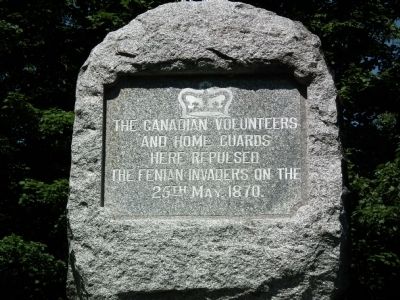 By Kevin Craft, July 15, 2011
1. Battle of Eccles Hill Marker
Inscription.
Battle of Eccles Hill. . The Canadian volunteers and home guards here repulsed the Fenian invaders on the 25th May 1870. . This historical marker was erected in 1902 by Historic Sites and Monuments Board of Canada. It is in Frelighsburg in Brome-Missisquoi MRC Quebec

The Canadian volunteers and home guards here repulsed the Fenian invaders on the 25th May 1870.

Erected 1902 by Historic Sites and Monuments Board of Canada.

Topics. This historical marker is listed in this topic list: Notable Events. A significant historical date for this entry is May 25, 1870. 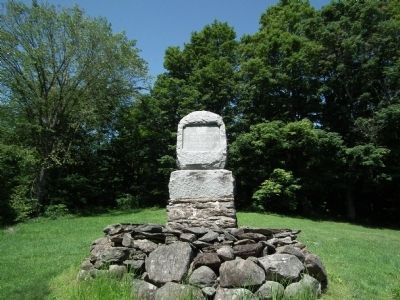 More about this marker. The marker is located less than 1/2 mile north of the Canada-U.S. border, but there is no official crossing here...the road just ends.

Regarding Battle of Eccles Hill. Frelighsburg has the distinction of being the only village in Canada since 1870 to have experienced life under military occupation.

Also see . . .
1. Battle of Eccles Hill - Wikipedia. (Submitted on August 4, 2011, by Kevin Craft of Bedford, Quebec.)
2. Fenian Brotherhood - Wikipedia. (Submitted on August 4, 2011, by Bill Pfingsten of Bel Air, Maryland.)
3. Fenian Raids - The Canadian Encyclopedia. Although the Fenians did not achieve this goal, their raids revealed shortfalls in the leadership, structure and training of the Canadian militia, which led to a number of reforms and improvements in the years to come. More importantly, the threat the irregular Fenian armies posed to British North America, along with growing concerns over American military and economic might, led to increased support among British and Canadian officials towards Confederation and the formation of the Dominion of Canada in 1867. (Submitted on April 20, 2014, by PaulwC3 of Northern, Virginia.) 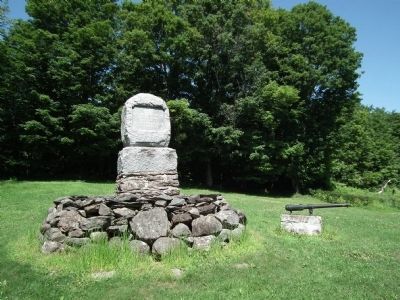 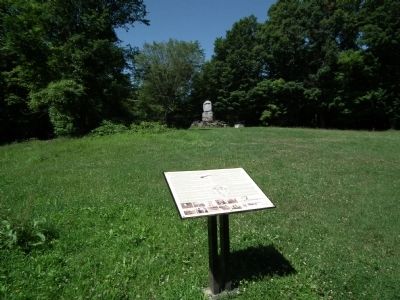 By Kevin Craft, July 15, 2011
4. Battle of Eccles Hill Marker
Interpretive panel can be seen in the foreground 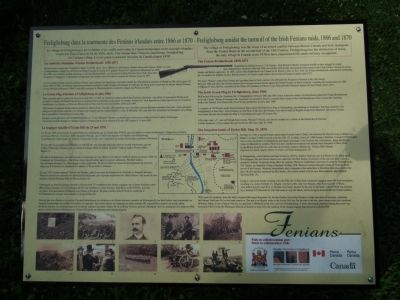 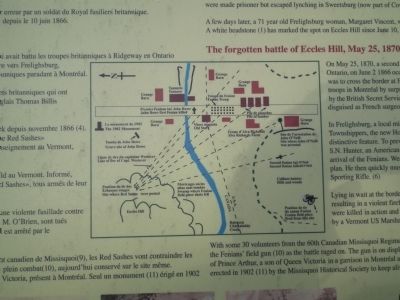