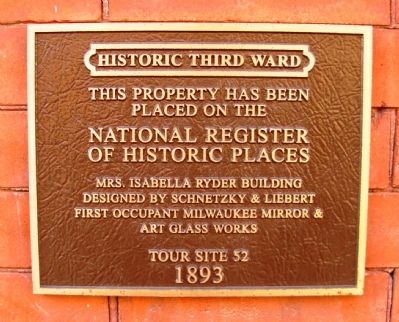 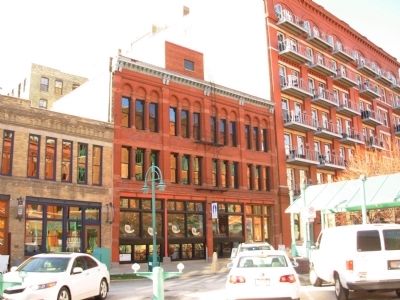 Regarding Mrs. Isabella Ryder Building. In 1893, architects Schnetzky and Liebert designed the Mrs. Isabella Ryder Building. They used foliate ornamentation similar to that of famous Chicago architect Louis Sullivan. The structure was occupied first by the Milwaukee Mirror and Art Glass Works and now houses an Asian import dealer, a champagne lounge and a salon.
- Historic Third Ward Walking Tour brochure
Credits. This page was last revised on June 16, 2016. It was originally submitted on June 20, 2014, by Paul Fehrenbach of Germantown, Wisconsin. This page has been viewed 385 times since then and 12 times this year. Photos:   1, 2. submitted on June 20, 2014, by Paul Fehrenbach of Germantown, Wisconsin. • Bill Pfingsten was the editor who published this page.
Share this page.