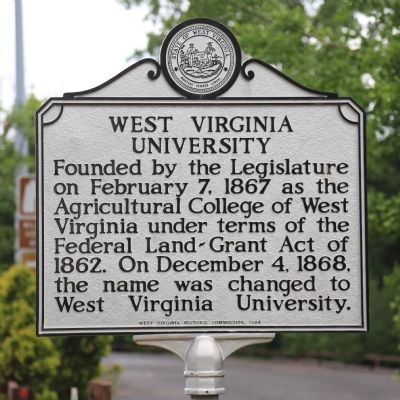 Founded by the Legislature on February 7, 1867 as the Agricultural College of West Virginia under terms of the Federal Land-Grant Act of 1862. On December 4, 1868, the name was changed to West Virginia University.

Topics and series. This historical marker is listed in this topic list: Education. In addition, it is included in the West Virginia Archives and History series list. A significant historical date for this entry is February 7, 1867.

Location. 39° 38.837′ N, 79° 58.665′ W. Marker is in Morgantown, West Virginia, in Monongalia County. Marker is at the intersection of Monongahela Boulevard (West Virginia Route 19) and Patterson Drive (West Virginia Route 705), on the right when traveling south on Monongahela Boulevard. It is just before the visitor’s parking lot for the Core Arboretum, which can only be reached when traveling southbound on US 19. Touch for map. Marker is in this post office area: Morgantown WV 26505, United States of America. Touch for directions. 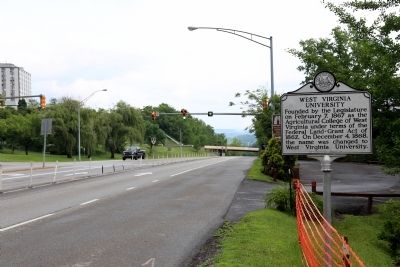 Also see . . .  Wikipedia Entry for WVU History. “The first campus building was constructed in 1870 as University Hall, and was renamed Martin Hall in 1889 in honor of West Virginia University’s first president, the Rev. Alexander Martin of Scotland. After the Woodburn Seminary building was destroyed by fire in 1873, the centerpiece of what is now Woodburn Hall was completed in 1876, under the name New Hall. The name was changed to University Building in 1878, when the College of Law was founded as the first professional school in the state of West Virginia. The precursor to Woodburn Circle was finished in 1893 when Chitwood Hall (then Science Hall) was constructed on the bluff’s north 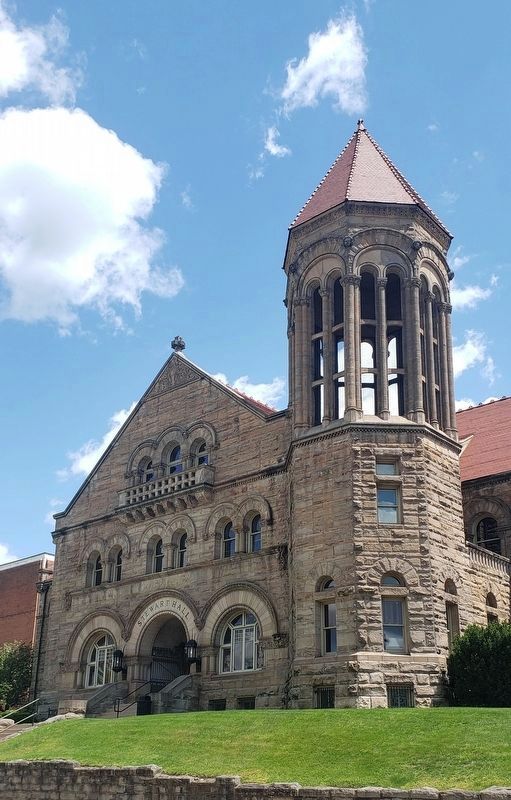 Photographed By Bradley Owen, April 30, 2021
3. Stewart Hall
West Virginia University - Downtown Campus. The office of the President of the University is located here.
side. Around the start of the 20th century, a north wing was added to University Building, and the facility was renamed Woodburn Hall. Throughout the next decade, Woodburn Hall underwent several renovations and additions, including the construction of the south wing and east tower housing the iconic Seth Thomas clock.” (Submitted on June 20, 2014.) 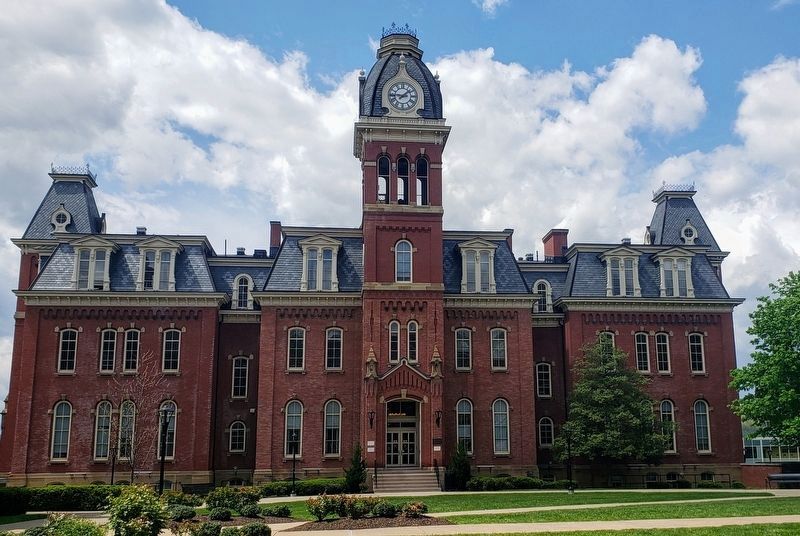 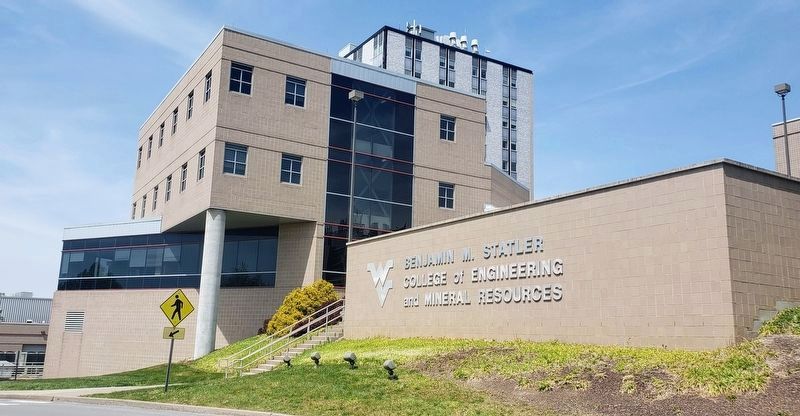 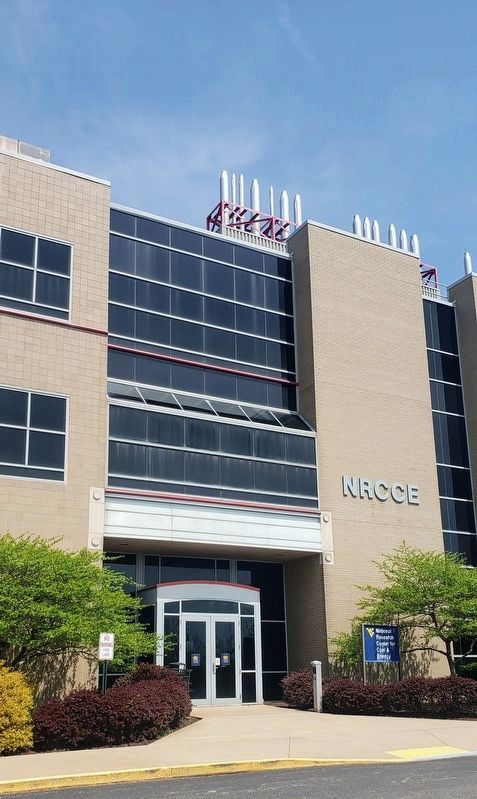 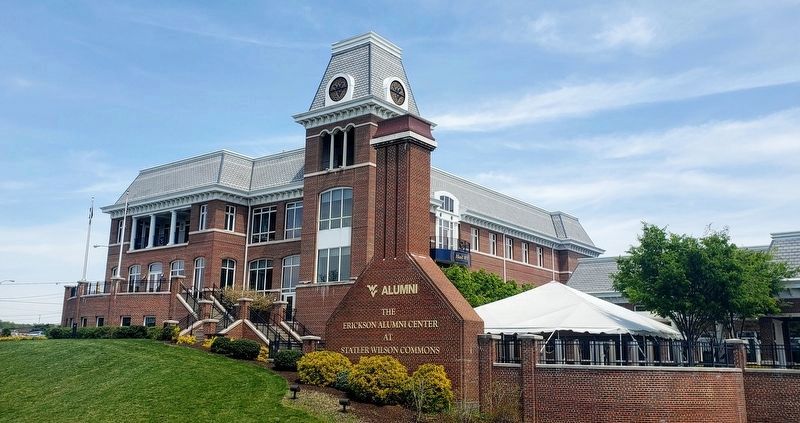 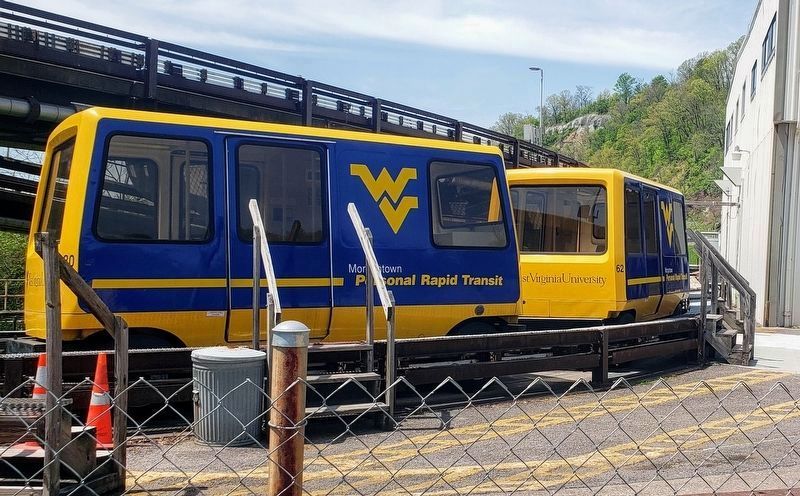 Photographed By Bradley Owen, April 27, 2021
8. Personal Rapid Transit (PRT) Cars
Powered by electricity, students at West Virginia University can use this mode of transportation between campuses.