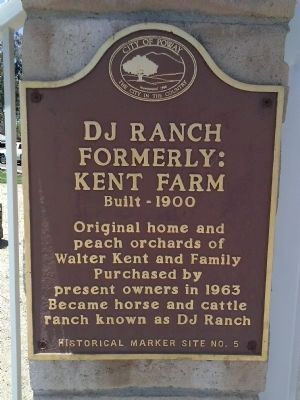 Topics. This historical marker is listed in these topic lists: Agriculture • Settlements & Settlers. A significant historical year for this entry is 1963. 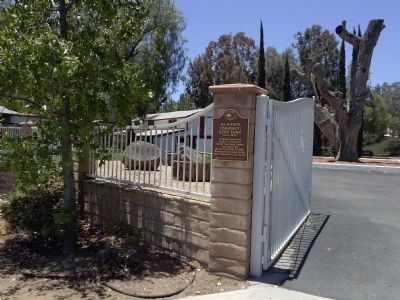 Click or scan to see
this page online
Formerly known as the Walter Kent Farm, the wooden farmhouse was originally the home of the Walter Kent family, who moved to Poway sometime after 1882 to join Walter's parents, Lydia and Horace Kent. The house dates from the late 1890s to early 1900. The Johnson family, owners of the present D.J. Ranch, purchased the property in 1963 for use as a horse and cattle ranch. In the early 1970s, the Johnsons sold a portion of the property to the Poway Valley Riders Association for use as a horse facility; in 1987 another portion was sold to a developer. The house boasts original stonework on the front porch, an original well and barn, a bathtub, walkway and thick walls.
Source: Brochure entitled, "Old Poway Historical Sites: The Historical Marker Project, Designed to safeguard the City's historical heritage and to foster civic pride in the character and accomplishments of Poway's past." A project of the Community Services Department of the City of Poway, California, and the Poway Museum. 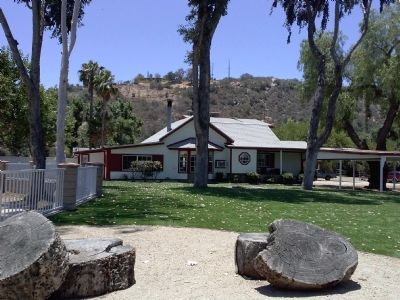 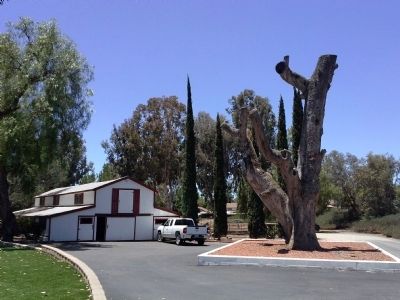 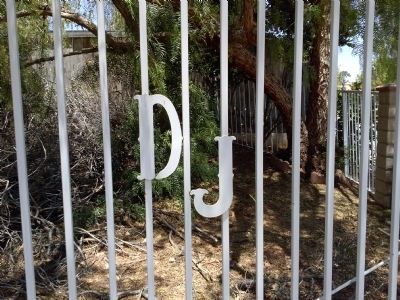