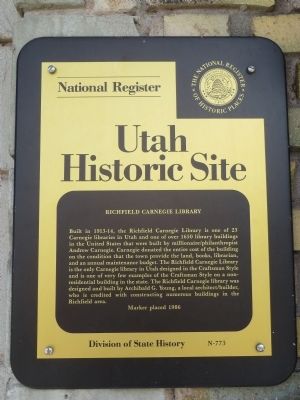 Topics and series. This historical marker is listed in these topic lists: Education • Notable Buildings. In addition, it is included in the Carnegie Libraries series list. A significant historical year for this entry is 1650. 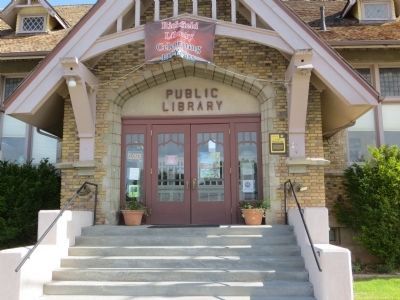 Photographed By Bill Kirchner, June 14, 2014
2. Richfield Carnegie Library Marker
The marker is mounted on the front of the building to the right of the entrance doors. 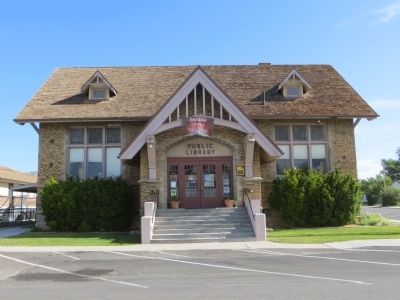