The University of Memphis 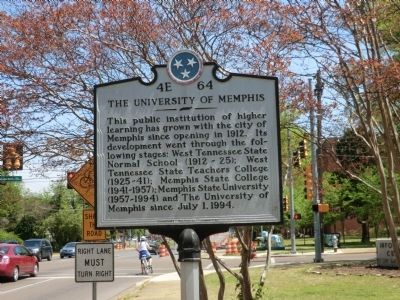 This public institution of higher learning has grown with the city of Memphis since opening in 1912. Its development went through the following stages: West Tennessee State Normal School (1912-25); West Tennessee State Teachers College (1925-1941); Memphis State College (1941-1957); Memphis State University (1957-1994)and The University of Memphis since July 1, 1994.

Topics and series. This historical marker is listed in this topic list: Education. In addition, it is included in the Tennessee Historical Commission series list. 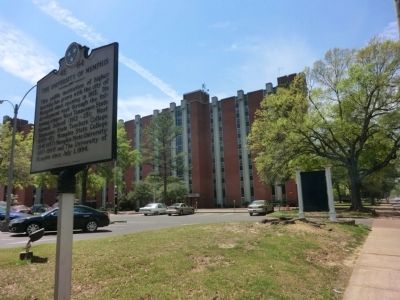