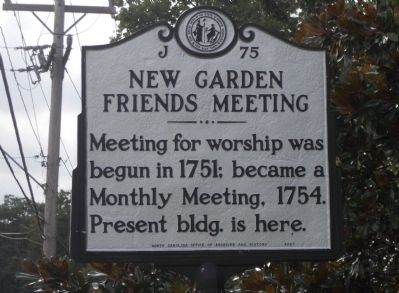 Photographed By Michael C. Wilcox, August 20, 2013
1. New Garden Friends Meeting Marker
Inscription.
New Garden Friends Meeting. . Meeting for worship was begun in 1751; became a Monthly Meeting, 1754. Present bldg. is here. . This historical marker was erected in 2007 by North Carolina Office of Archives and History. It is in Greensboro in Guilford County North Carolina

Topics and series. This historical marker is listed in these topic lists: Churches & Religion • Colonial Era. In addition, it is included in the North Carolina Division of Archives and History, and the Quakerism series lists. A significant historical year for this entry is 1751. 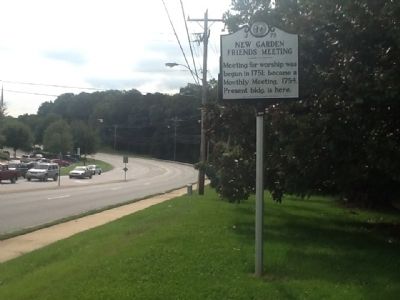 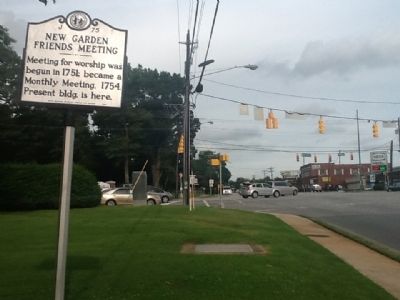 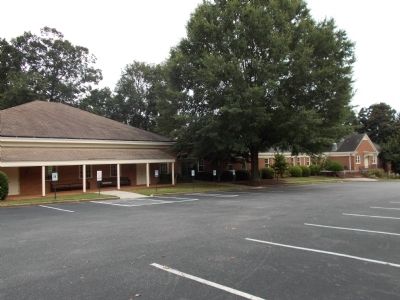 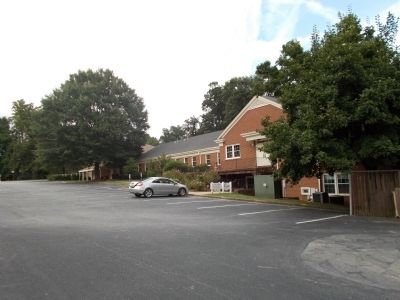