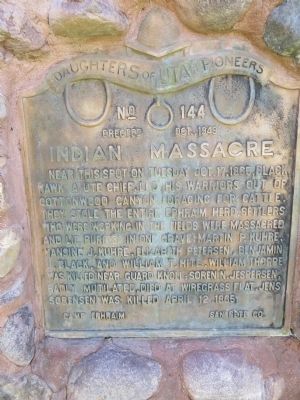 By Bill Kirchner, June 14, 2014
1. Indian Massacre Marker
Inscription.
Indian Massacre. . Near this spot on Tuesday, October 17, 1865, Black Hawk, a Ute chief, led his warriors out of Cottonwood Canyon foraging for cattle. They stole the entire Ephraim herd. Settlers who were working in the fields were massacred and lie buried in one grave: Martin P. Kurhe, Hansine J. Kurhe, Elizabeth Petersen, Benjamin J. Black and William T. Hite. William Thorpe was killed near Guard Knoll; Soren N. Jespersen, badly mutilated, died at Wiregrass Flat. Jens Sorensen was killed April 12, 1865. . This historical marker was erected in 1949 by Ephraim Camp, Daughters of Utah Pioneers. It is in Ephraim in Sanpete County Utah

Topics and series. This historical marker is listed in this topic list: Wars, US Indian. In addition, it is included in the Daughters of Utah Pioneers series list. 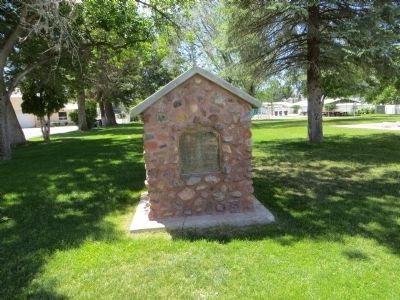 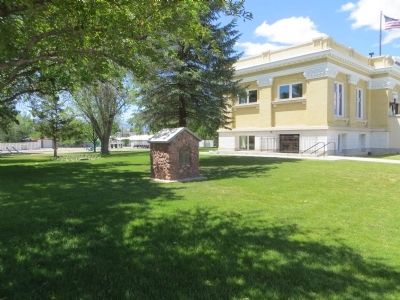