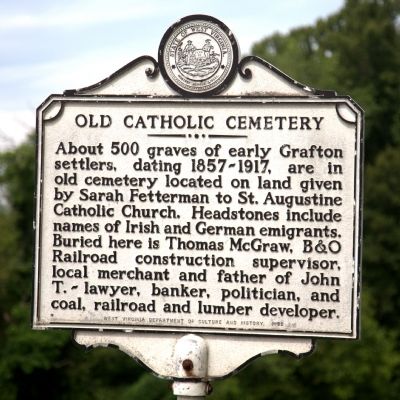 Erected 1982 by West Virginia Department of Culture and History.

Topics and series. This historical marker is listed in these topic lists: Cemeteries & Burial Sites • Churches & Religion. In addition, it is included in the Baltimore and Ohio Railroad (B&O) 🚂, and the West Virginia Archives and History series lists.

Location. 39° 20.66′ N, 80° 1.444′ W. Marker is in Grafton, West Virginia, in Taylor County. Marker is at the intersection of North Pike Street (U.S. 50) and West Wifford Street, on the right when traveling west on North Pike Street. Across from the Grafton City Hospital. Touch for map 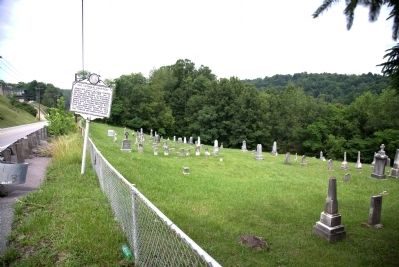 Editor’s want-list for this marker. Photos of the graves of Thomas McGraw and his son. • Can you help?
Share This Page.