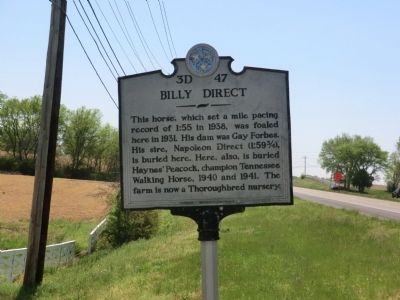 By Don Morfe, April 23, 2014
1. Billy Direct Marker
Inscription.
Billy Direct. . This horse, which set a mile pacing record of 1:55 in 1938, was foaled here in 1931. His dam was Gay Forbes. His sire, Napoleon Direct (1:59 3/4), is buried here. Here, also, is buried Haynes' Peacock, champion Tennessee Walking Horse, 1940 and 1941. The farm is now a Thoroughbred nursery. . This historical marker was erected by Tennessee Historical Commission. It is in Columbia in Maury County Tennessee

Topics and series. This historical marker is listed in this topic list: Animals. In addition, it is included in the Tennessee Historical Commission series list. 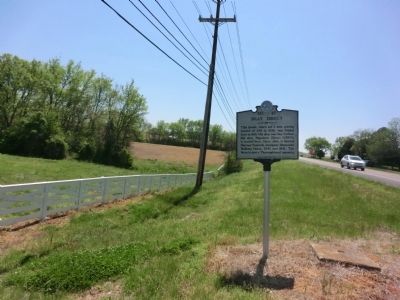