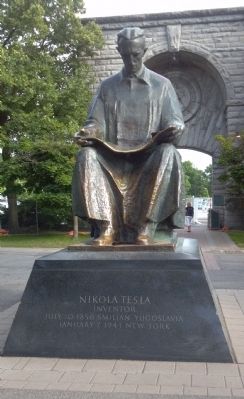 Location. Marker has been permanently removed. It was located near 43° 4.978′ N, 79° 4.261′ W. Marker was near Niagara Falls, New York, in Niagara County. Marker could be reached from Goat Island Road, on the right. Statue has been relocated to an overlook area near the Cave of the Winds and the stairs to Luna Island. The statue is now situated such that it overlooks the gorge. GPS updated. Touch for map. Marker was in this post office area: Niagara Falls NY 14303, United States of America. Touch for directions.

Other nearby markers. At least 8 other markers are within walking distance of this location. A different marker also named Nikola Tesla (a few steps from this marker); Cave of the Winds Elevator (about 300 feet away, measured in a direct line); Niagara River Corridor Important Bird Area (about 300 feet

Also see . . .  Nikola Tesla - Wikipedia. Nikola Tesla once worked for Thomas Edison - but they became arch enemies over a dispute involving money. - The Tesla electric car is named in his honor (Submitted on July 10, 2014, by Keith S Smith of West Chester, Pennsylvania.) 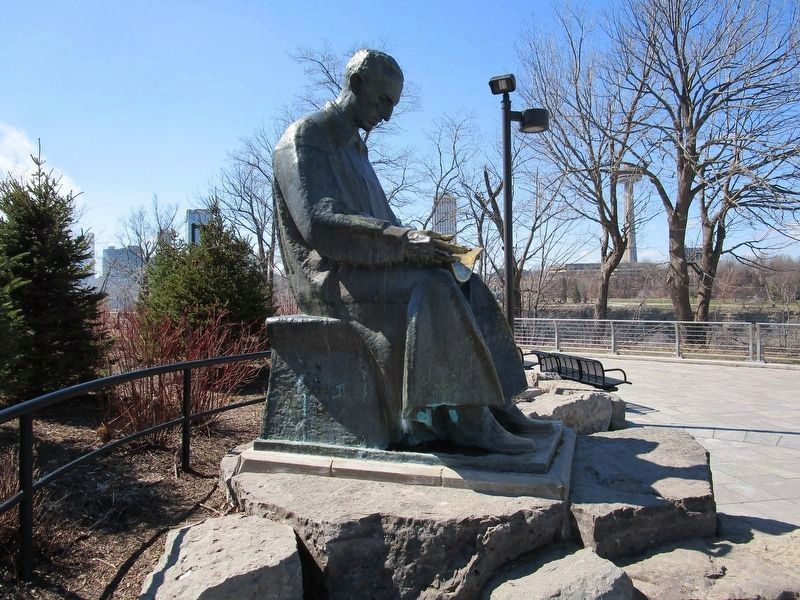